The Vineyard remains uncommonly chilly.  Snow on the ground since late January, more last night.  The other morning it was 6 below zero, the coldest since we arrived 40 years ago.  Mal Jones told me the last time it was colder than that was in 1961.  Quite a winter.  But if we’re going to live in Vermont, I think we oughta get to have some mountains!! No such luck.

Recently Julie Wells, the editor of the Vineyard Gazette, asked me to write an article about the demise of Cape Wind.  Reasonable request, but I declined.   What I could do, I suggested, is include a few thoughts about Cape Wind in a larger context.  She agreed to that, and here’s the piece that emerged, published in the Gazette on February 5, 2015.

On the Gazette website there were many comments about the article, both positive and negative.  My favorite, from someone in Oak Bluffs, who called himself (or herself) BS:  “I’m tired of shoveling all this global warming from my driveway.”

That was the only one I responded to.  I said:  “Hah, BS, I’m tired of it too – you shovel mine and I’ll shovel yours. But you’re not shoveling Global Warming, it’s Climate Change you’re shoveling, which brings, over time, greater weather extremes – more precipitation, more drought, colder temps, warmer temps. Some even call it Global Wilding.” 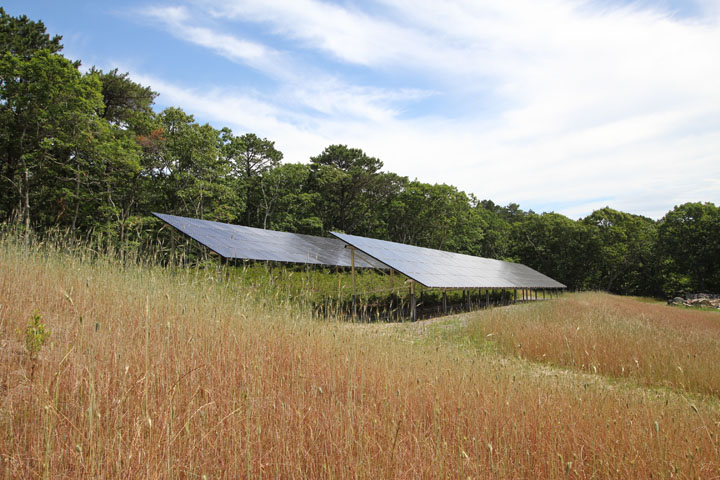 This blog has been dormant the last four months.  This is partly due to the busiest spring/summer in South Mountain’s history, for which I’m grateful.  It’s also partly due to our six-month endeavor to re-design and re-build our website (which consumed whatever time might have been left over for blogging, or anything else for that matter).

The new website will be ready to launch in 3-5 weeks, and blogging will resume at that time with renewed vigor and greater regularity.

There is plenty to tell.  I’ll leave that mostly for later, but while I’m at it I’ll show two recent solar projects.

END_OF_DOCUMENT_TOKEN_TO_BE_REPLACED

This was published as an op-ed today in the Vineyard Gazette.

Solar panels, on the other hand, are considered to be quite benign.  The Nantucket Historic District Commission doesn’t like them much, and some people would rather see roofs without them, but by and large they have come to be widely accepted.

But what about when we scale them up with considerably larger installations that can make a meaningful contribution to our energy supply?  Are they really so benign?