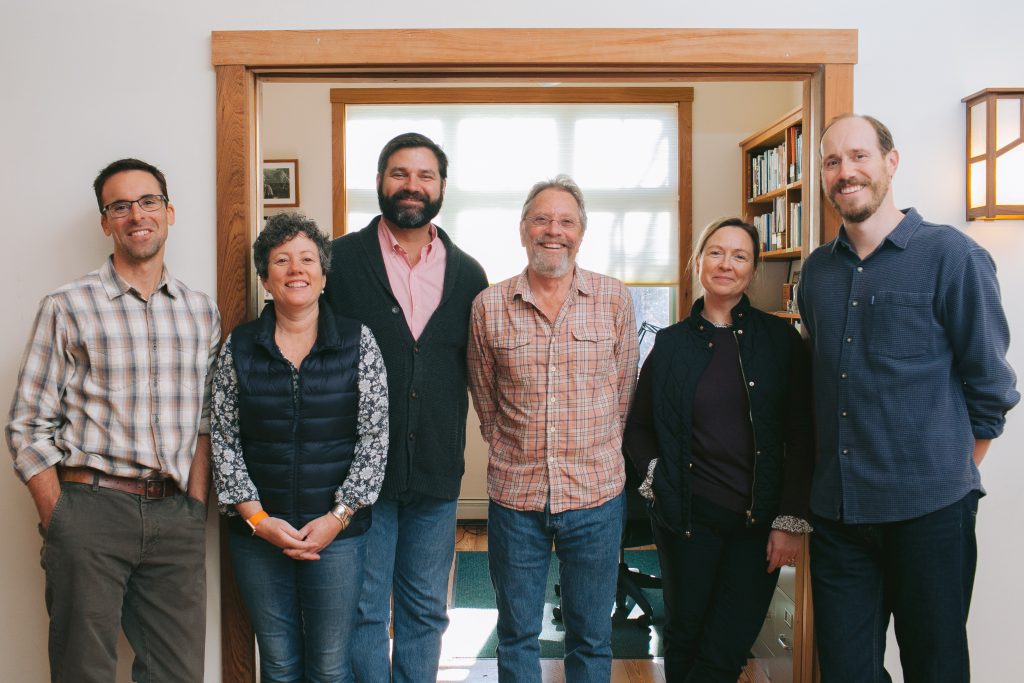 On November 19th, at our annual Day of Business, we unveiled the Transition Plan that will lead us to the next iteration of South Mountain. It was a threshold moment, a new hinge point in our 45 year history.

Are you ready? (This may take some time to tell.)

Over the next three years, our company will gradually transition from first to second generation leadership. At the end of that time, I, as founder, CEO, and president, will retire and continue to work very part time for several years. Deirdre Bohan will become CEO and president, and will work in a “first-among-equals” arrangement with the four other members of our strong, capable, dedicated, and well-aligned Leadership Team (comprised of Ryan Bushey, Rob Meyers, Siobhán Mullin and Newell Isbell Shinn). We are tremendously excited, and very confident, that this Transition, which we have been planning for many years, will assure the long term success of the company. It will allow us to continue to serve our clients and our community in the way that we always have.


LEADERSHIP
To thrive, prosper, serve, and endure, an organization needs effective leadership. So does a family. So does a country. Leadership is both a skill and an orientation. Everyone has some leadership skill, just as everyone has some athletic skill and some musical skill, and some of every other kind of skill. Even those who claim no musical skill can still sing a song to their child at bedtime. In the same way, everyone has leadership skill. Some have more of it than others, just as some are better athletes and better musicians. Some people have an orientation toward leadership; they think about it and practice it. Some work hard to learn it and cultivate it. Some have natural leadership ability. Most good leaders combine all three.

As the leader and CEO of this company, I have, over time, had the great good fortune to gather a group of stellar leaders here at SMCo (and people with other essential skills, too – those who can design, and build, and craft, and engineer, and practice finance, and administer, and manage). This has been intentional. In my own career, I have learned to do all of those things, but in most cases, only well enough to recognize and attract people who can do them better than I. That’s what our company consists of – people with 38 unique skill sets and orientations that comprise the whole. We couldn’t possibly flourish without each of them.

Few of my colleagues arrived here as skilled leaders. Our current leaders – Deirdre (our COO) and Ryan, Rob, Siobhán and Newell (our four department directors) had some innate leadership skills that they brought with them, but more importantly, they had a leadership orientation, and they developed those skills here at SMCo. There are other people here besides these five who have a strong leadership orientation and will develop those skills further over time.


BUSINESS TRANSITIONS
According to the Small Business Administration, there are approximately 30 million small businesses in the U.S. Many of them were founded by baby boomers who are aging out. Some will be passed down within families, but fewer than in the past. Most businesses will close their doors with the retirement of the Founder. Many others – those with value – will be sold to a new owner or absorbed by larger companies. None of those things was ever my intention or the intention of any of the other SMCo owners, past and present.

A smaller (but growing) number will be sold to their employees and become worker co-ops or ESOPs (Employee Stock Ownership Plans). South Mountain was sold to its employees and became a worker co-op in 1987. Having already made this conversion, we now have the luxury of foregoing the arduous and complex process of figuring out the transfer of ownership, and can direct full attention to capacity building.

Planning for our Transition began six years ago, in 2013. In June of the following year the full SMCo Board (all 19 owners) approved and adopted, by consensus, our first “Avalanche Scenario” (what happens tomorrow if I am buried by an avalanche today) and our “Next 40” projection (what the company will look like/who will lead it in 40 years time).

Despite all of this preparation, I struggled for some time to fully visualize leaving this company. In January of 2019, all that changed. I saw our leadership group taking the bull by the horns and making amazing progress. It was time to give shape and definition to our future.

In Managing Transitions: Making the Most of Change, , William Bridges writes:

Change is situational: the move to a new site, the retirement of the founder, the reorganization of the roles on the team, the revisions to the pension plan. Transition, on the other hand, is psychological; it is a three-phase process that people go through as they internalize and come to terms with the details of the new situation that the change brings about. 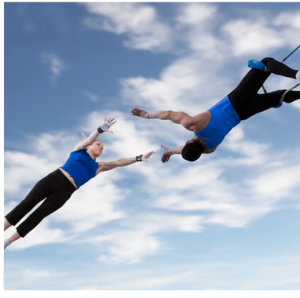 We are just completing phase one.


THE PLAN
After my realization, I assembled a plan and brought it to the Leadership Team. Understanding it requires some background.

It’s important to know that we had never considered, in any meaningful way, hiring a new CEO
from outside. We were encouraged by the King Arthur Flour model of a small leadership group – three in their case– becoming co-CEOs. At the time, our discussions with them led us to believe this was the right model for us.

But after further consideration, it didn’t make sense to have five co-CEOs (too unwieldy and confusing) and there weren’t two or three individuals that outshined the others. The five have great complementary skills and personalities, and are uniquely well-aligned. Four of them are department directors and Deirdre’s job has been co-managing the company with me – her job has been like a co-CEO for a number of years. The answer was clear: Deirdre should be the CEO, but in a first-among-equals arrangement with the Leadership Team.

I proposed this at a meeting. I expected some pushback or resentment from those who might have expected to be one of the co-CEOs. There was none. Everyone recognized the impracticality of five people sharing CEO responsibilities and the need for the company and community to have someone that is ultimately responsible for South Mountain Company – a face for the company and a place for the buck to stop. It was as clear to them as to me that Deirdre was the right choice. Since joining our team in 1995, at the age of 28, she has moved from bookkeeper to interior designer to COO to co-manager, developing into a confident, dedicated, skillful, compassionate leader and friend. She never aspired to this position; in fact, for years she did not think herself suitable. Now she knows that, with the support of the others, she is. 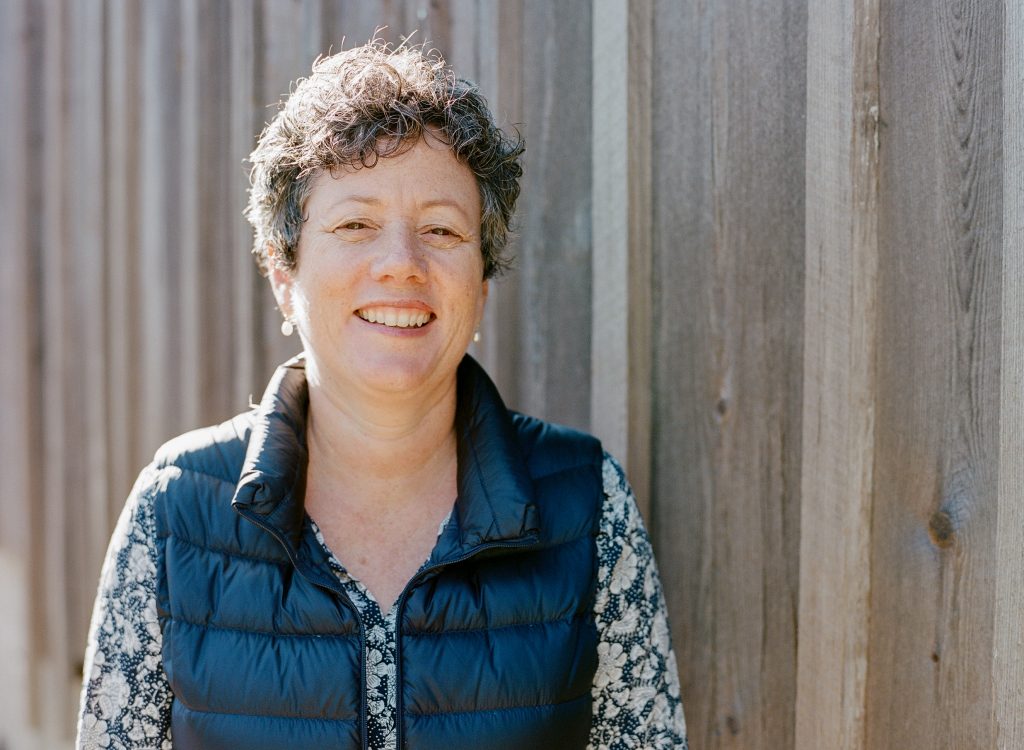 Deirdre will not absorb all of my responsibilities; rather she will continue her COO work while adding some new responsibilities. For several years now, we have been working to distribute some of the particular skills and experience I have accumulated to other members of the Team. We meet regularly to develop the details and work on implementation. Each Team member has completed a personal capability analysis and statement – outlining what they could provide and what they need to learn. We continue to work on these together.

For example, one of the key areas of need is in “sales” – the complex process of cultivating in prospective clients a deep understanding of who we are and what we do that leads them to believe we are the perfect fit for them. I had always done that alone.

These days, Ryan accompanies me to nearly every initial meeting and is growing into this role in leaps and bounds. Newell has been having more and more client contact and is starting to have a much larger role in the interface between design and construction. We are finding that both are particularly well-suited to these roles.

As we develop these capabilities, and many others, we think we are also developing the confidence, optimism, and vision which will lead to a prosperous shared future.

From this work, a plan has emerged. 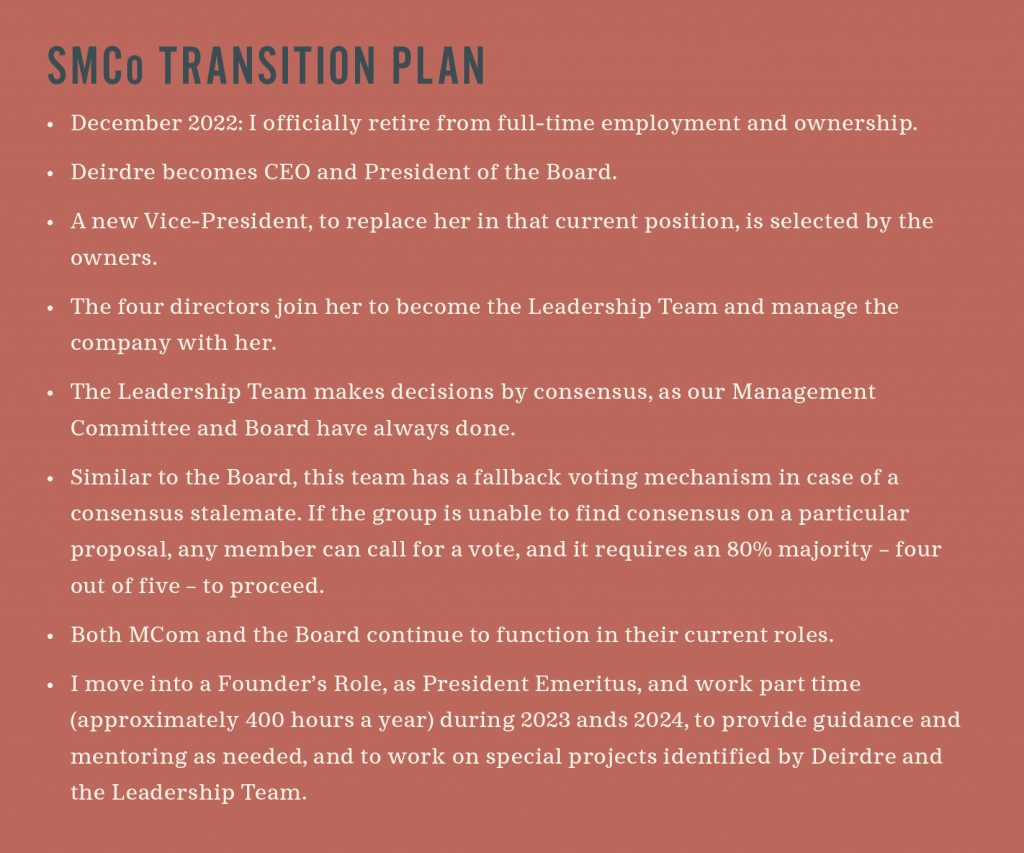 The design of this plan becomes a model for future transitions which will come far sooner than this one has. As a seasoned company, we will never again have a 25 year old leader who remains in the role for nearly half a century. Deirdre will be taking the reins at the age of 55 and anticipates inhabiting the role for 10 or 15 years, at which time we will have developed a new Leadership Team and a robust system of transition for the next time around. Hopefully the CEO to replace Deirdre is with us today.

This transition is a work-in-progress. During the three years from now until the transition, we will conduct further capacity-building, flesh out the details, and test ideas and methods.

For those of us who have been working on it, this endeavor has become a great adventure. Ultimately, I think it will become that for all of us. I personally have one goal, and one goal only: to leave this company, this company I deeply love, in the best shape it’s ever been, ready to go forward as it never has. And to leave the people in this company, who I deeply love as well, in a position to succeed.

In a way it’s like watching a mostly grown child venture out into the world. But vastly different too: the child is young, adolescent, unformed – there’s very little certainty about how things will go. But this “child”, this company, is led by mature, capable, empathetic, passionate, dedicated people. It’s hard to imagine anything but success.

After the Day of Business, in response to a request for feedback, one of our employees, Chris Wike, wrote, “I am grateful to have come to this company when I did, to get a taste of what is was, but I am truly excited to be a part of what it will become.”

I think we are all feeling that way. We will move forward toward this new beginning together.