Cold snap here.  The temperature has hovered around 10 degrees for the four days since it snowed.  It’s the first time in years I can remember walking on soft snow for that long on the Vineyard. 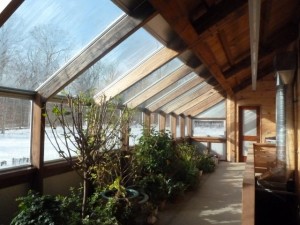 But inside the greenhouse attached to the un-heated barn/workshop/gallery we just completed it’s toasty warm.

In the fall of 2011 we were asked to examine a 50-acre property with multiple buildings to see if we could determine ways to reduce our client’s carbon footprint.  The historic buildings presented a challenge.  There were acceptable ways to reduce energy consumption but they were not as significant as we would have liked.  Likewise, the opportunities to produce energy were limited as most places to mount solar electric panels on both roofs and ground were ruled out.

Rob Meyers, who manages our energy department, happened to inquire whether our client was anticipating any additional buildings on the property.  She said she had considered building a barn.  We suggested that the barn could be sized to accommodate the appropriate amount of panels to serve the entire electrical needs of the property.

In the words of project architect Matt Coffey, “Two weeks later we had our marching orders and were into schematic design for a structure that would serve a host of functions.  The building was to incorporate an art gallery, a small kitchen, a woodworking shop, a greenhouse, storage and a 35kw roof mounted PV array.  The building was to be flexible, efficient, and robust, with natural daylight throughout.  A dream job for this team.

After several early massing investigations it was concluded that a single story structure was going to be the best match for the anticipated use of the spaces and the required roof area for the PV array.  Large doors, ample wall hanging space, expressed structure, unfinished surfaces and a casual relationship to the outdoors were known elements. The composition of these elements was to be determined.

During the early stages of design it was decided that the greenhouse would be heated exclusively by solar energy.  A unique system of heat storage was designed and executed by the SMCo Energy group using simple fans, high performance glazing, 1500 gallons of water and a super-insulated shell.

The project became an opportunity for each department of our company to bring their best efforts to the table and collaborate alongside our most trusted consultants. 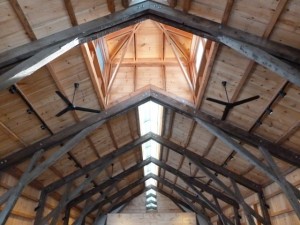 Soaring scissor trusses, massive redwood doors, an engineered day lighting strategy and the most sophisticated bi-modal energy system we have installed to date were all executed to the highest standard of design and construction.  Great slabs of regionally sourced slate were installed with precision and care, the millwork is flawless and the hardscape shows the hand of practiced tradesmen.  This was a job where people felt pride, ownership and investment. 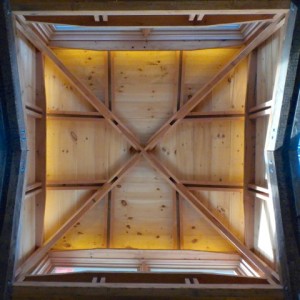 Our client provided quick decision-making and thoughtful input.  She was not afraid to shake things up in the interest of a better outcome.  A series of mid-stream changes to the kitchen, bathroom and interior walls and window layout became opportunities to enhance the space and improve its function.  Throughout the process her caretaker – a very talented craftsman in his own right – was a constant companion to our team, helping us navigate decisions and prioritize our efforts.  We look forward to seeing the fruits of his new workspace, as he will equip and occupy the woodworking shop.

The real story of this project has only just begun.  We are all eager to follow the evolution of the building and its surrounding landscape as the years go by. We hope that it becomes an important addition to the eclectic mix of elements found throughout the property.”

Matt’s words speak to the extraordinary effort that he and project lead Rocco Bellebuono led and so many others contributed to.  Many minds and many hands. Work-in-progress.  Exhilarating moments of resolution. Missteps and minor disappointments.  We broke new ground –for us – in several ways.  Sometime early next month the windows will be clean, the floors will be scrubbed, and we’ll turn it over.

That’s always bittersweet.   There’s joy in completing a project that requires so much human collaboration and effort – so much care, and patience, and guidance . But it’s hard to let these buildings go; they become a part of us.  For some they are a daily destination, and then suddenly they’re not.  But we will stay connected. 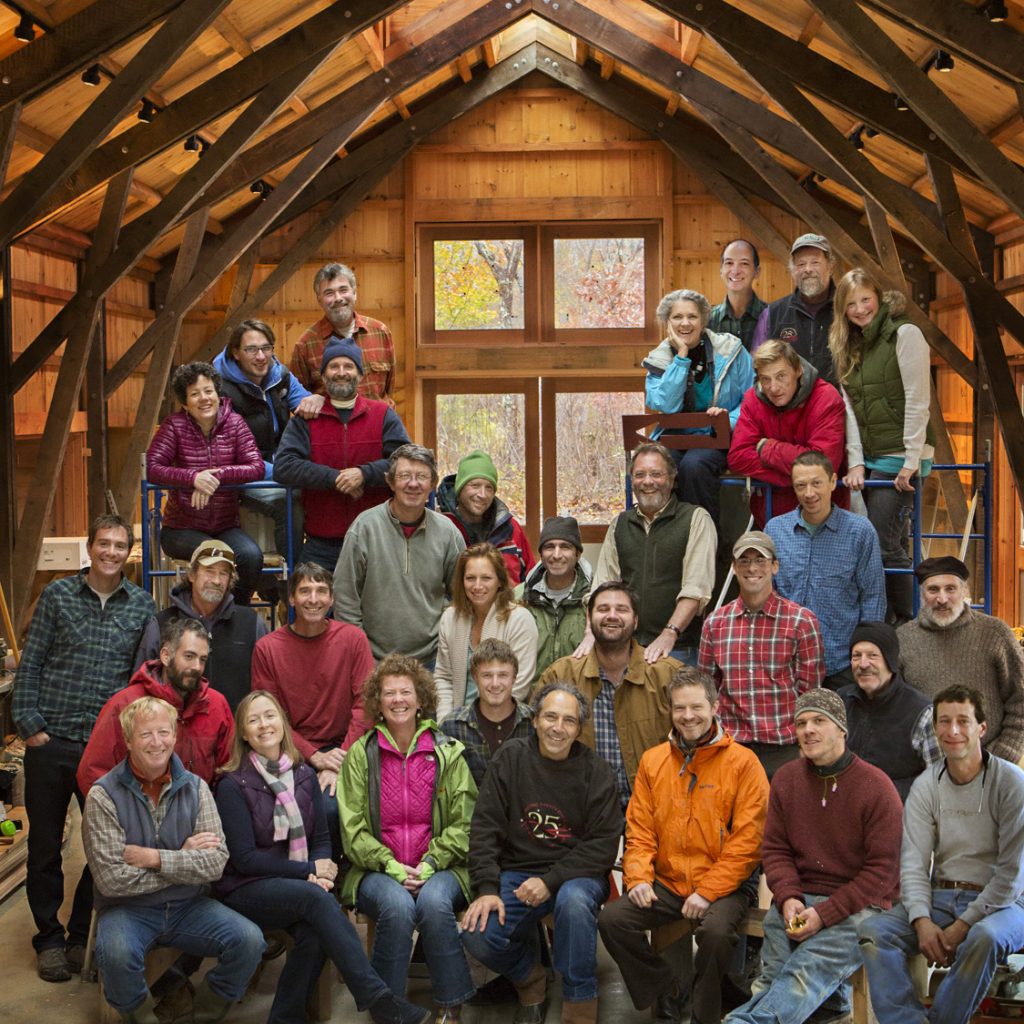