At South Mountain, there are seven standing members of our Management Committee (which we call MCom). An eighth member, always an owner, rotates onto MCom for a six month stint. This allows all our owners to experience and contribute to the management process and learn to understand the complexity and dynamics of running our business.

Two of my management colleagues, Deirdre Bohan and Rob Meyers, have interesting stories. The rest do too (I mean hey, we all do, right?) but these two are particularly compelling because they took circuitous and unconventional paths to their current positions. 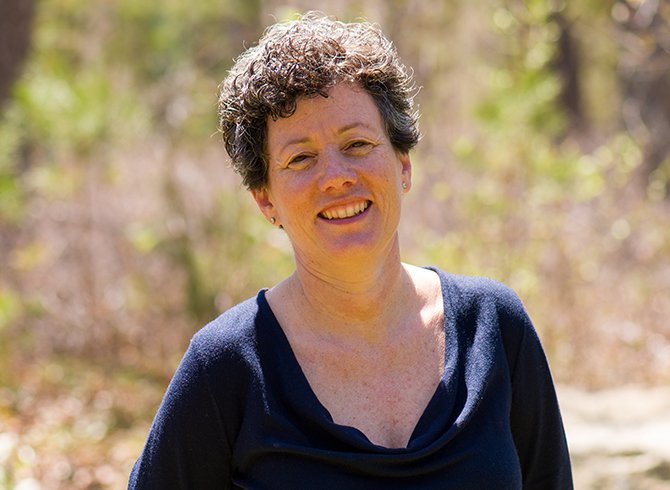 Twenty two years ago, when our bookkeeper moved off-island, we hired Deirdre to replace her. Within a year she had developed robust systems and reduced what was previously a taxing 40 hour job to a reasonable 20 hour job.

She came to me and said she didn’t have enough to do. “What do you want to do?” I said.

She told me she had a long-standing interest in interior design; it was one of the reasons she came to work at SMCo. For years we had done interior design partially and unsystematically; we wished to add a serious interior design practice but hadn’t had the resources and had failed to pro-actively seek them. So there it was: we decided to devote the time Deirdre had created (20 hours a week) to her education. She assembled a well-rounded program that combined the resources of several design schools. She was soon leading a thriving interior design business. We hired a bookkeeper to replace her; Siobhán has now been here 14 years and is our Financial Manager and another of our standing MCom members.

In 2004 and 2005 I spent two consecutive winters on sabbatical, writing a book and seeing how the company would fare in my absence. Deirdre was the person who stepped most effectively and thoroughly into the leadership void. The experience, coupled with her innate intelligence and the computer science degree she had earned at Brown, helped her recognize that there were operations issues that weren’t getting the attention they needed. She articulated this and soon became our COO. The operations job became nearly full time, and we hired an architect, Beth Kostman, to fill some of the interior design aspects of her job.

In 2010 Deirdre and her husband Dave had a son, Declan. She was 43. I think the lessons of parenting refined and strengthened her leadership skills, while softening them at the same time. She already had a deep intuitive sense of what makes people tick, but parenting always adds a special dimension – greater empathy and flexibility perhaps.

Deirdre now chairs MCom, co-manages the company with me, manages in my absence, and would become interim CEO (at least) if something were to happen to me (which we call the Avalanche Scenario). I couldn’t ask for a better collaborator. Quite a journey from bookkeeper to now!

And then there’s Rob Meyers. 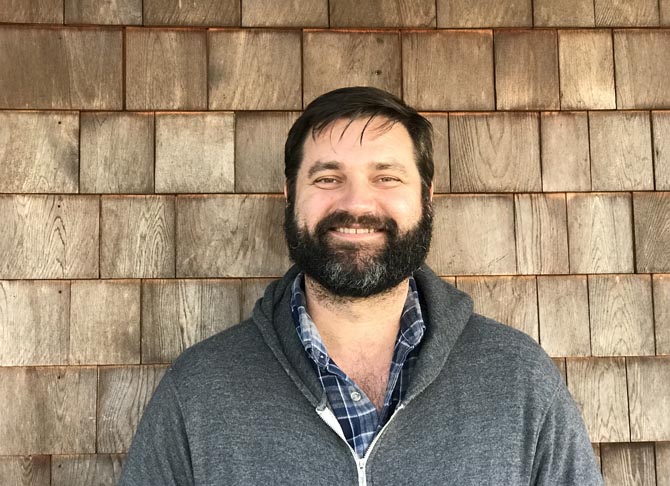 Rob was hired as a carpenter in 1997. He was an average carpenter, but nothing special. He liked jawin’ more than sawin’. After a few years he packed up his family and went back to Michigan, where he’d grown up. Short-lived detour. Not so good. He came back in 2002 and has been here since. His carpentry improved, but it wasn’t what he really wanted to do, so he began trying on a variety of new and different roles within the company. The shift fueled his ambition and allowed his latent entrepreneurial abilities to blossom.

In 2007 we decided to devote significant resources to wind and solar. We wrote a business plan (I think that was the first time we ever wrote one, for anything). We did it because we had made a number of faltering attempts in past years to start a solar division but somehow it never came to fruition. I’m amazed to say we carried out that plan, and have gone far beyond it, specifically with solar. Today our lively Energy Services division is producing roughly a third of our revenues. Our solar work allows us to touch the lives of and provide something meaningful for far more people than our architecture and building does. It pushes our mission forward. It diversifies and strengthens our business.

Rob now manages this business endeavor with passion, commitment, connectivity, and competence. His gregarious nature and sharp intellect have helped him become a force in the industry throughout New England. He influences policy, and he has a national reach through our membership in Amicus Solar a member-owned purchasing cooperative and peer group network of 50 of the most progressive solar companies in the country (that’s another story for another time). And his mixology skills and lore are second to none.

These two people, Deirdre and Rob, have become true leaders. They came to South Mountain without the experience or the skills to do the jobs they are doing now. And they’re not just doing them, they’re doing them with remarkable professionalism and constant innovation, making it clear that they (along with others of the managers and owners here), are well-equipped to take the South Mountain juggernaut forward into an unpredictable future. One of the most thrilling aspects of my job – maybe the most – is witnessing the growth and development of the people who have chosen to build their careers here. As I often say, “Every morning I walk up the stairs and say to myself, ‘Hey, can you believe I get to work with these people, all day long, and I get paid for this’”?

There oughta be a law. But if there was, I’d have to break it.

NOTE: I wrote this on July 9th, just after Terry Hass died.

Twice each day Chris and I remove toothbrushes and toothpaste from the ceramic holder – the one that Terry made - that sits on the shelf below our medicine cabinet.

The glazes are a mix of brown and gray, earthy like all her pottery. A series of elongated S—like perforations provide ventilation and drying, and are reminiscent of a flock of birds in flight. Practicality and beauty were inseparable for her.

Now that she’s gone those holes in the toothbrush holder are like the holes in our heart.

END_OF_DOCUMENT_TOKEN_TO_BE_REPLACED

This soulful piece of writing comes from SMCo Production Manager Newell Isbell Shinn. I'm proud to share it. - JA
A carpenter’s intimacy with a building is particular and visceral. They know, for instance, how every material in a house smells when it is cut, what kind of dust it makes. They know how many pieces of each thing they can lift by themselves, how many with help, and the ratio of pieces moved today to tomorrow’s aches and pains. When they walk away they know a building with their body in a way other occupants probably never will.

END_OF_DOCUMENT_TOKEN_TO_BE_REPLACED

My colleagues and fellow owners Deirdre, Rob, Siobhán and I just returned from a conference in Boston called Local Sustainable Economies. It was a national gathering, hosted by the Sustainable Business Network of Massachusetts, of people and organizations working to localize economic activity and encourage the long haul shift from the extractive economy of the present to a generative economy of the future.

END_OF_DOCUMENT_TOKEN_TO_BE_REPLACED 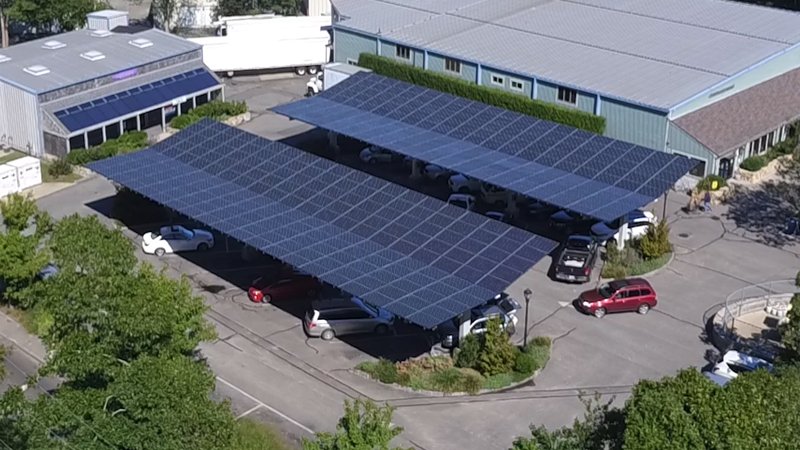 For the Earth Day campaign mentioned in the last post, SunPower created two videos and three blog posts. This link will take you to their second video and second blog post. Please take the journey to explore the SunPower/South Mountain relationship further. This one is about the connection between our devotion to craft and our passion for solar. The two go hand in hand.

We’ll send out another reminder when the 3rd SunPower blog post is up. Thanks for listening! 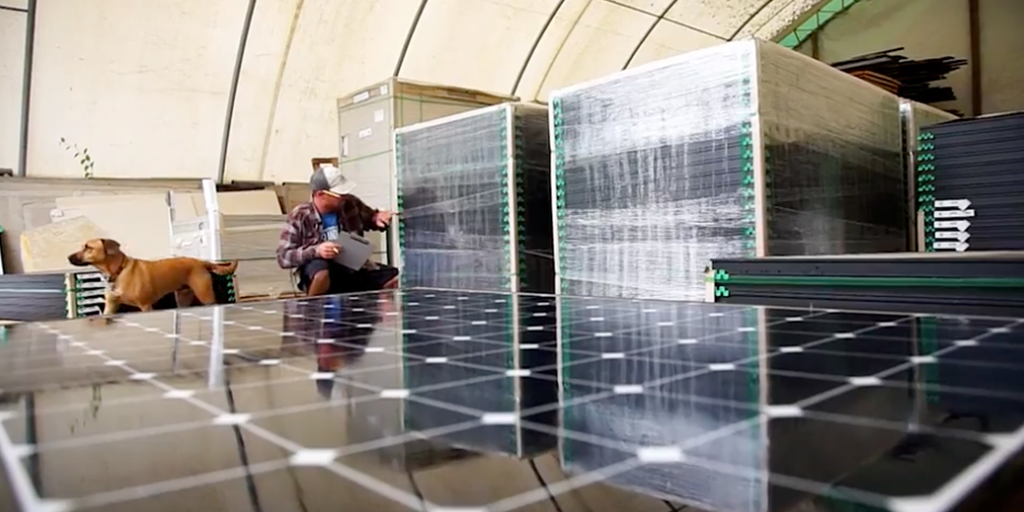