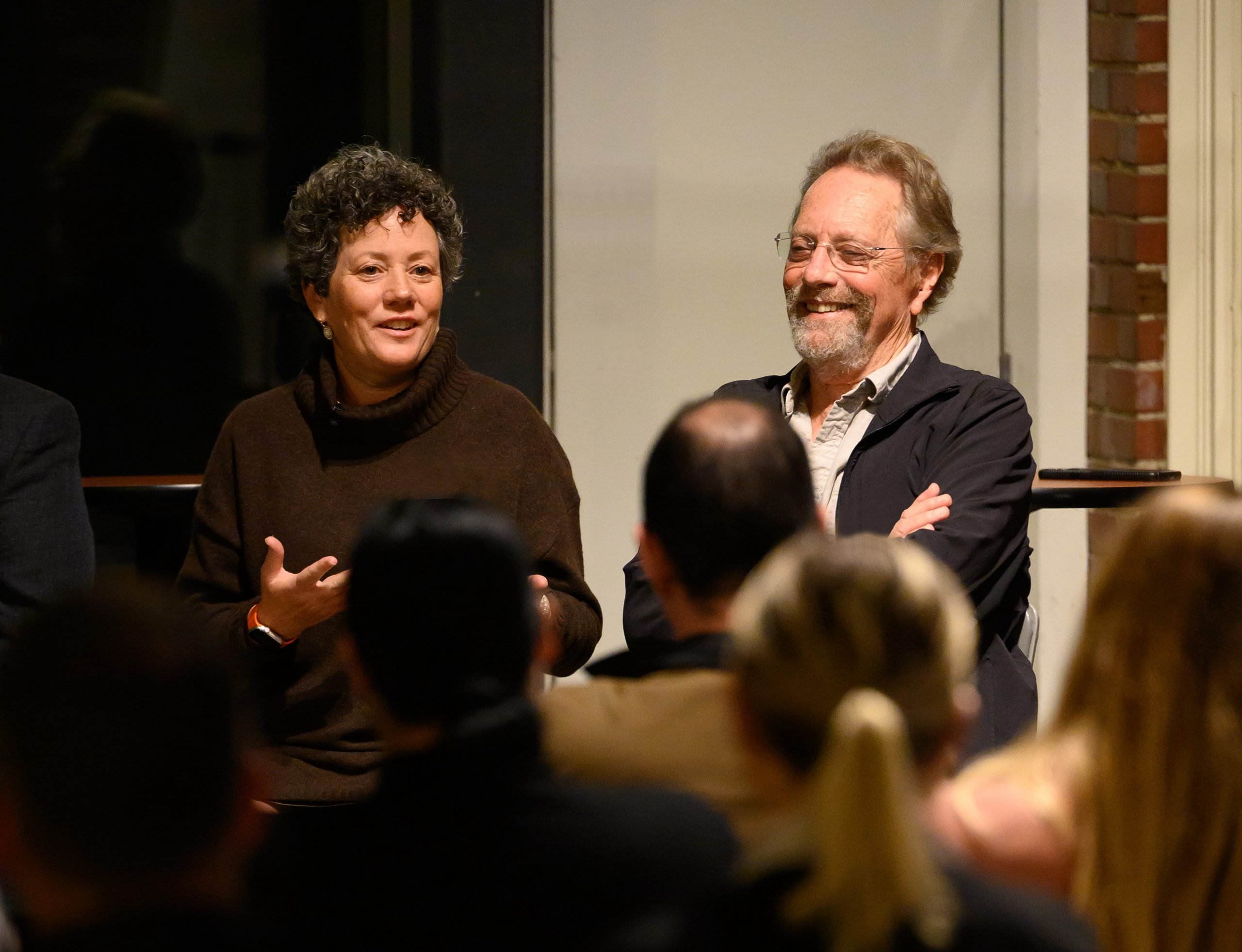 On January 1st, in just a few short weeks, I will no longer be a South Mountain owner or employee.

Deirdre Bohan, our current COO, will step into the CEO role. She will be supported by a crackerjack leadership team consisting of our four department directors – Ryan Bushey (Architecture & Engineering), Newell Isbell Shinn (Production), Siobhán Mullin (Finance & Administration), and Rob Meyers (Energy Technology). This remarkably well-aligned team represents nearly 100 years of collective South Mountain service. I will become Founder and President Emeritus and, for the next two years, continue to serve on the Board of Directors and work eight hours a week as a consultant. (In my next blog post – in January – I will share more about my Next Chapter).

Beginning in 2014 with our first Avalanche Scenario (what happens tomorrow if I’m buried by an avalanche today), we began to consider the company beyond my tenure. In 2019 we completed the design and details of our next-generation structure. We gave ourselves three years – to this moment – to build the necessary capacities and prepare ourselves for the transition. Our leadership team has worked relentlessly. The work is all but complete – at this point, we are just polishing the mirror of a promising ascendance.

South Mountain is a new company. It’s not the company I birthed and built by the seat of my worn and faded Levis; it’s the company new leadership is guiding to uncharted terrain, using tools, methods, and information barely imaginable a decade or two ago. This I know: due to the people in place and the nature of the work ahead, I leave with the company in its best condition ever. After 50 years, that’s as clear to me as a full moon in a cloudless sky.

I am deeply optimistic about the future of this company under new leadership. Not hopeful. Optimistic. They’re different. Optimism is based on sufficient evidence to convince us that things will get better and better, whereas Hope is not the conviction that an endeavor will turn out well but the certainty that it makes sense, no matter the outcome. In this case, optimism is appropriate.

To thrive, prosper, serve, and endure, an organization needs effective leadership. Leadership – a process of social influence that maximizes the efforts of others toward the achievement of goals – is both a skill and an art. Everyone has some leadership ability, just as everyone has some athletic ability, some musical ability, and some of every other kind of ability. Even if you say you have no musical skills at all, you can still sing a song to your child at bedtime. It’s the same with leadership. Some have more leadership skills than others, just as some are better athletes and better musicians. Some people have an orientation toward leadership; they think about it and practice it. Some work hard to learn it and cultivate it, while some are natural leaders. Most good leaders have aspects of each. John Quincy Adams said that “If your actions inspire others to dream more, learn more, do more, and become more, you are a leader.” This is what I see in our Leadership Team.

The group of people hired to succeed those who have retired or left in recent years includes a solid component of third-generation leadership as well, which we have consciously built because it will be needed sooner than later. When I founded the company, I was 23. When Deirdre becomes CEO, she will be 55. Will she stay another ten years? Highly likely no more than 15. Future leadership transitions will happen more frequently. I am excited to see, among our 38 employees, significant third-generation leadership potential thriving in the present.

In 1987, when the company was 14 years old, we made our first great transition: becoming a worker co-op. A path to ownership was established for all employees. That was an uncertain experiment. No longer. With adjustments along the way, the structure has served well; this new transition proves the point. Our 18 current owners and the leadership team they have chosen will carry the torch forward.

From the people of this company and its new leadership, I have learned more than I’ve taught and gained more than I’ve given. Now my long-time buck-stops- here responsibilities, oversight of the business, and role as the face of the company have been successfully distributed.

I am certain that our clients, our employees, and co-owners, and the various communities we serve are in the best of hands. The future of South Mountain Company has fully arrived. It could not possibly be brighter.

I hope my colleagues will cherish what it is as they make it what it will be, and I hope the journey ahead will be filled with delight, compassion, courage, equity, love, and most of all modesty and humility, the true foundations of all virtues.

Max DePree, the founder of Herman Miller, says in his book Leadership is an Art, “The first responsibility of a leader is to define reality. The last is to say thank you. In between, the leader is a servant.” My last act as leader of this company is to say Thank You – to everyone in the company and everyone who reads this. Without You, I would not have been able to be Me, and this company would not be what it is. 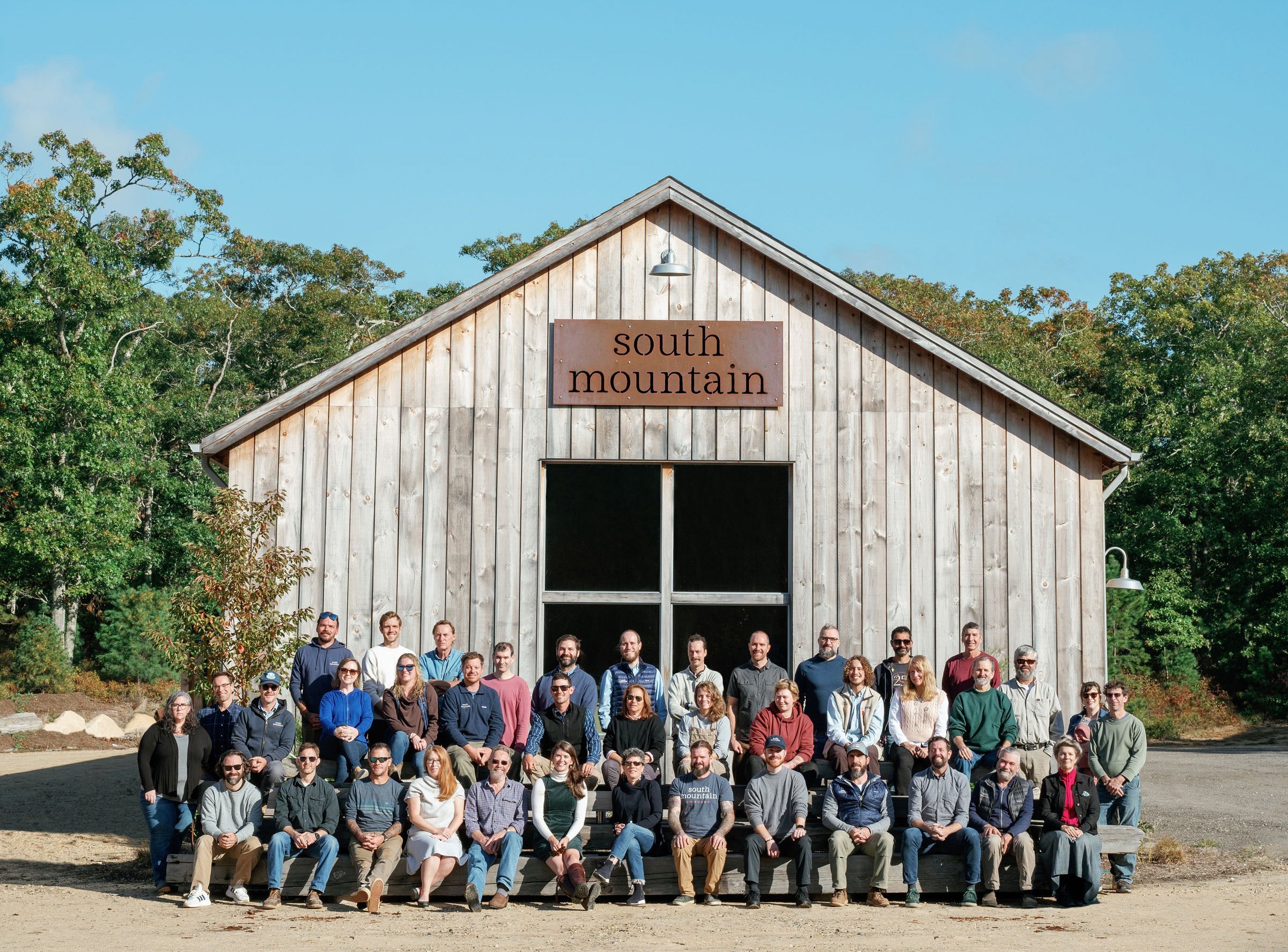