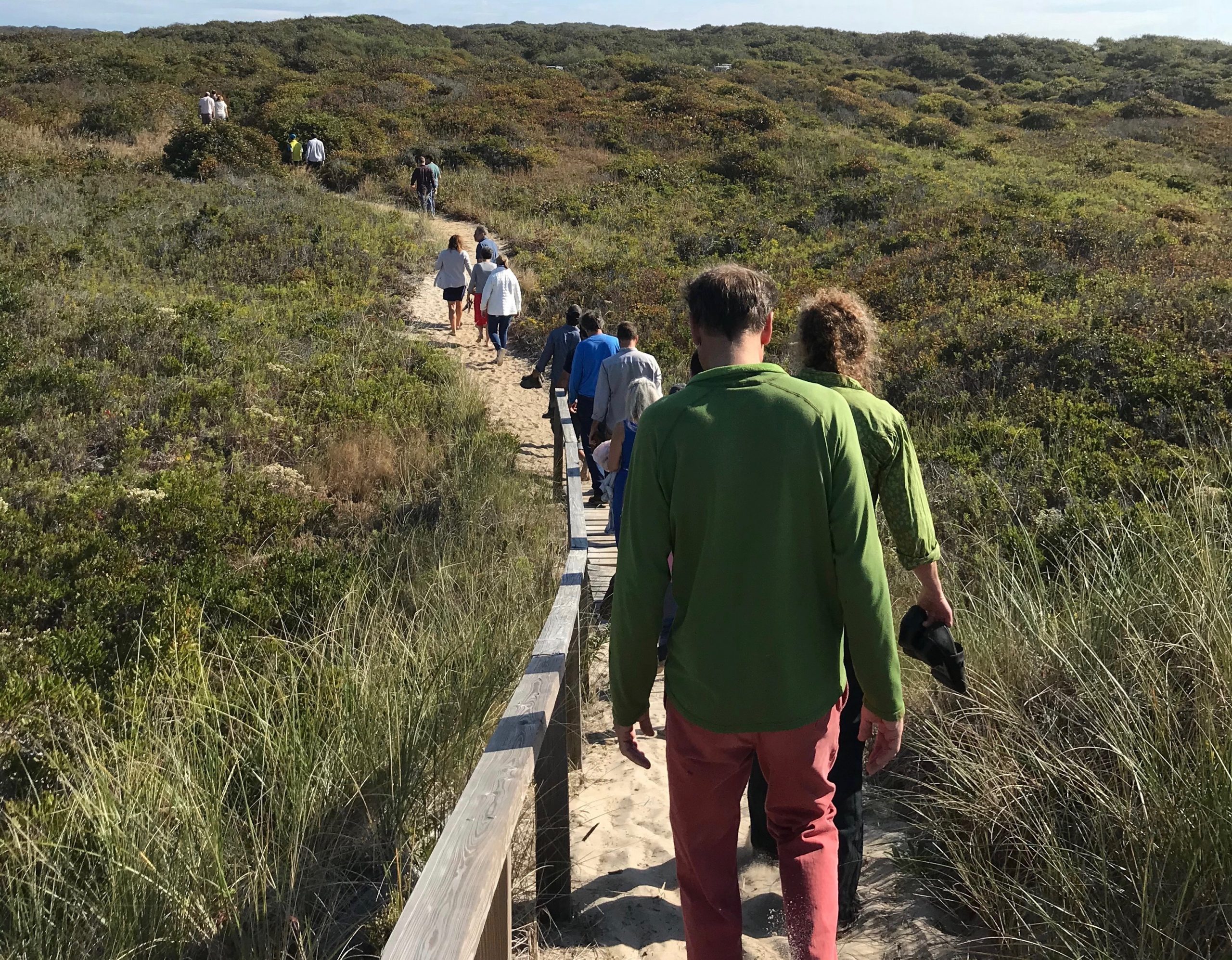 It includes 33 experiences designed to give new employees, over a seven-year timespan, a complete picture of what South Mountain is, how it works, and how to be an effective owner. The purpose is two-fold: to develop active and engaged SMCo Owners and to strengthen relationships within the company.

SMCo transitioned from a sole proprietorship to a worker co-op in 1987. There are currently 21 co-owners. In the worker co-op realm, we are known to have one of the longest waiting periods before Ownership eligibility: five years from the start of employment. What happens during those five years has just changed dramatically. Not in terms of training and work progress – SMCo has always had a robust employee evaluation system and some degree of Ownership preparation. It’s the experience leading to Ownership that has changed with this launch. Our newest employee, Jake Martin, said that it made him feel that he had joined an organization that doesn’t perceive him as a worker but rather as a member of a community. Mia Esparini, hired in 2019, said, “I love it; I’m so excited to see it unfold over time.”

Abbie tells about the source of the idea:

At the time, we had just made three second-generation hires. We could envision all of them as future Owners and knew there was more recruitment ahead. The size of that ‘incoming class’ posed a significant opportunity to improve upon an important process.”

“Becoming an Owner has historically happened mostly by osmosis; by the time you had been at SMCo for five years, you were assumed to know what you needed to know. We wanted to encourage more active preparation, particularly during the two years before Ownership, hoping that would develop more engaged owners.”

“We charted a seven-year progression (five before Ownership, plus two after). We thought specifically about leadership development – how to cultivate a culture of taking responsibility for the company every day, in every way, no matter your role.”

“Ready to take this further, we formed a working group (Deirdre, Siobhán, myself, and John) and started brainstorming:

I had become an Owner less than one year before this. By contrast, Deirdre, John, and Siobhán had lengthy tenures. We each brought something different to the table, and after a couple of months, we had a comprehensive list and cohesive concept to present to SMCo’s Leadership Team and then to our graphic designer (Magnifico Design).”

“We chose Path as the central metaphor because it has a clear beginning, can meander, has progress markers along the way, a guide when necessary, and a reward at the end.

The Trail Map (click here to view in full) is a physical manifestation of the Path. It is the size and style of a national park passport and works along the same lines. Each new employee will get one; when they complete an experience, it will be initialed by their instructor. Everyone will work through the booklet left to right until there are no experience left… at which point, they’ll be a seasoned South Mountain Owner!

Experiences are dispersed among six levels: Basecamp, Setting Out, Exploring, Practicing, Achieving, and Mastering. Approximately half the experiences will be undertaken alone; the others will happen in groups.

The full program involves 34 hours spread over seven years. Fifteen current owners will guide participants through their areas of expertise, and I will oversee the program and act as liaison between participants and guides.

We’ve folded Path to Ownership into our onboarding process, so those hired from now on will start the Path on their first day of work.”

As Abbie distributed the 4×5” “Trail Maps” and explained their significance, there was palpable excitement in the room. Abbie’s joyous presentation style provokes that, but the concept and content speak for themselves. One new employee, Nic Esposito, said, “it was so great to gather and be exposed to that so early in my tenure. I love the passports – classy and tangible – that we will use to chart our course.”

This is a remarkable new initiative. Over time, I predict, it will alter the culture of the company – making the experience of being an employee (and an employee-owner) richer and more complete. It will build trust, encourage cross-pollination, and spread knowledge across our four departments. It will prepare developing leaders and new owners for the future in an intentional way.

It’s clearly going to be a lot of fun too. It makes me wish that instead of retiring at the end of the year, I was a new employee just being hired! (“We’ve got this new guy applying for the open carpentry job. He’s 73. Should be a perfect fit!”). 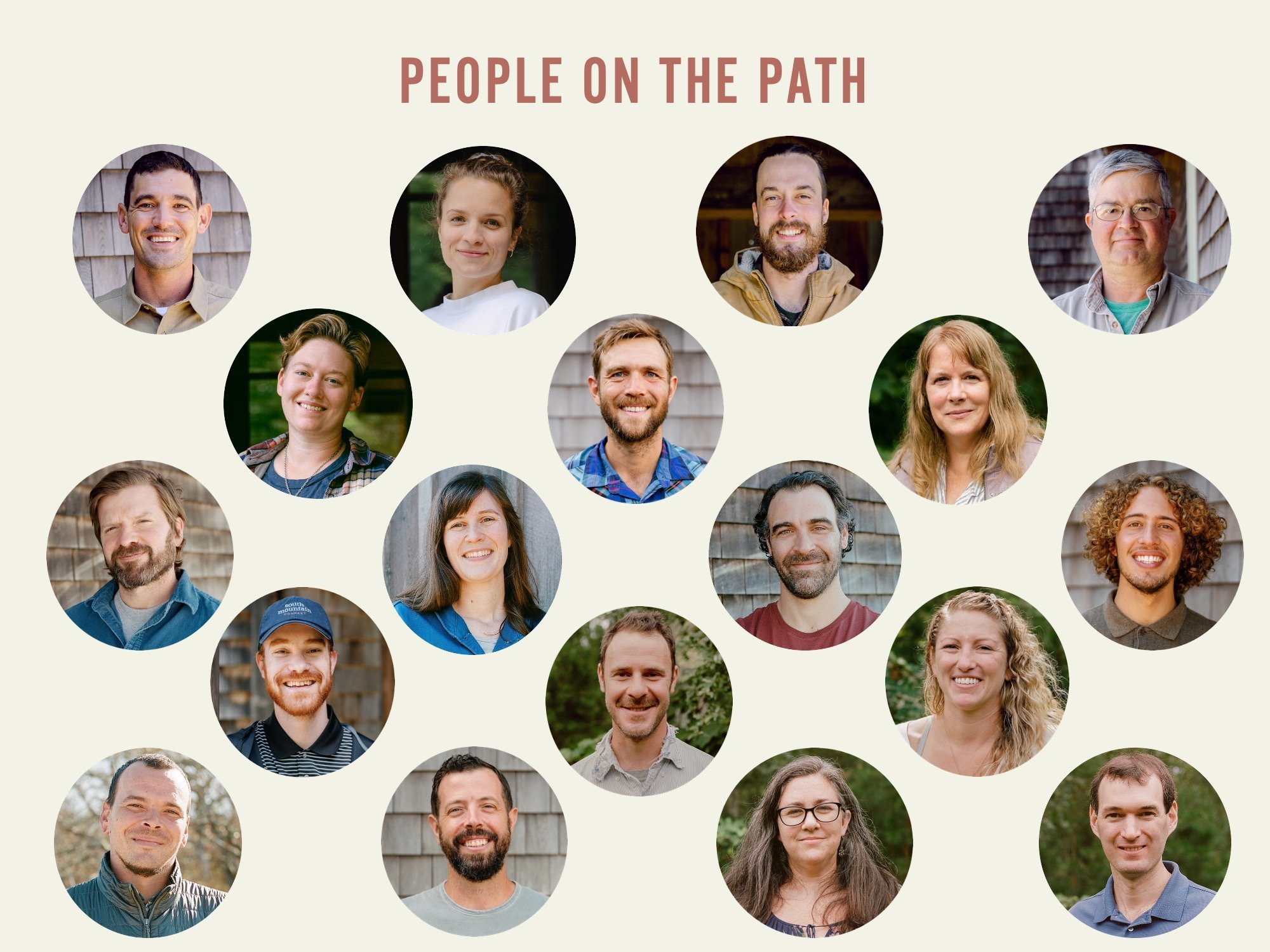