As you know, David McCullough died last week – an immense loss for the Vineyard and our world. I want to tell two stories about the consummate storyteller himself.

During the last days of January 2000, South Mountain Company’s 25 employees, along with several friends and planning experts, spent two days thinking about the future of the Vineyard. Our goals were several: 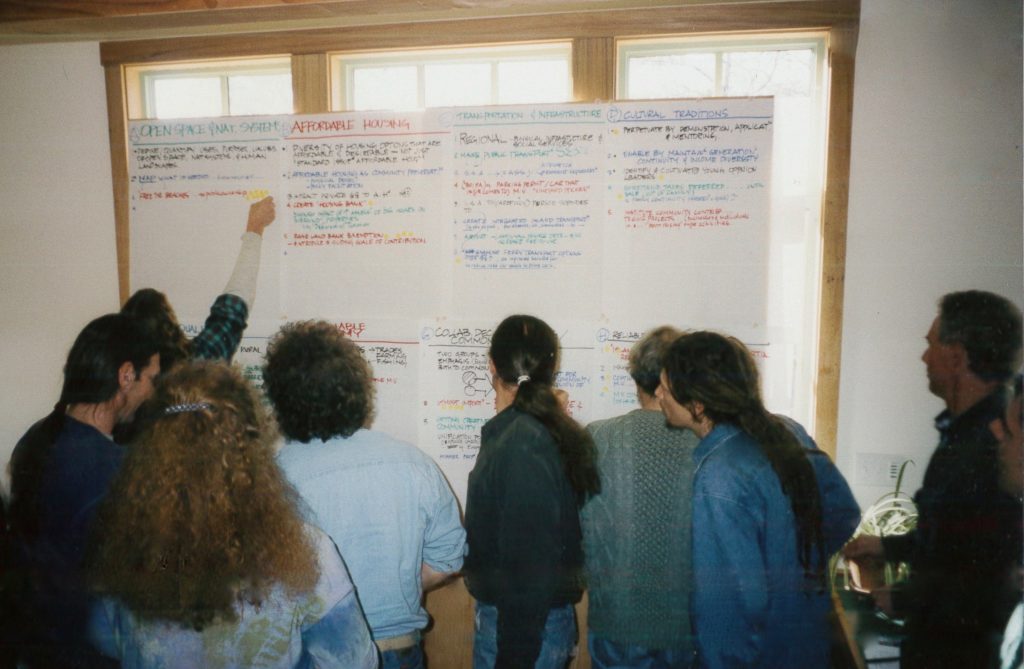 We called the session “Future Sketch,” and invited a few people from outside the company to broaden our perspectives. We invited David to open the meeting. He agreed and addressed the group early on a Friday morning.

He spoke about the Chagres River, which was the major obstacle to the building of the Panama Canal, but which was eventually used in a simple but ingenious way to become a part of the overall engineering solution. He related this to the “river of money” pouring into the Vineyard which, he said, was “undoing a way of life.” He expressed two ideas that became central to our discussions:

A few years later, when the Island Affordable Housing Fund was leading the first significant effort to address the Vineyard’s affordable housing needs, we invited David to speak at a fundraising party. His assignment: to convince the Vineyard’s seasonal community to embrace an idea that was novel at the time – that they should be responsible for funding affordable housing efforts.

On a clear summer night, the well-heeled crowd gathered on an expansive lawn overlooking the Edgartown harbor. David took the microphone. He spoke again about the Panama Canal and the Chargres River and “The River of Money” and how we must use it to improve, solve, and resolve problems. This is, in part, what he said:

“We’re failing here on Martha’s Vineyard. We’re failing in a more serious way than we know. What we came here for, what we love about the place is eroding before our very eyes. The essence of civilization is continuity, and continuity must exist for everybody.

Because if the people who need to live here, year-round, who do the work, who make it work, can’t live here, it’s all going to collapse. Simple as that. And this isn’t charity. Let’s forget that. This isn’t charity. This is reality. This is being members of a great community. And it’s emblematic of the oldest, simplest truth in the world: if you want to be happy, do everything you can to make other people happy.”

There was a dramatic silence when he finished as people absorbed his message. Then the audience began to clap and cheer. The people who were clapping and cheering had just been admonished by the famous author and biographer. Many of them went on to become strong supporters of affordable housing; some of them still are today, even as the crisis he addressed 20 years ago is more pronounced than ever before.

Those are my McCullough stories. I’m sure many others have their own, which will re-surface as people share their memories of this influential but modest man. He was soft-spoken and un-assuming, but his message was always powerful.