But when these organizations moved from planning to design and construction, our design/build commitment (we don’t build what we don’t design and we don’t design what we don’t build) left us out in the cold. Non-profit Boards of Directors, with a fiduciary responsibility to their donors and organizations, generally feel that the conventional project delivery method – i.e., architecture firm designs, builders submit competitive construction bids, and a contract is awarded – is the only viable path. Our design/build method (architecture and construction by the same company) contradicts their allegiance to the perceived financial efficiency of the traditional approach. Even though some board members are attracted to the potential efficacy of single entity responsibility, it’s understandable that they would be concerned about eliminating the financial control of a competitive bid process. This has been a tough obstacle to overcome.

The Breakthrough came in 2017 when we were helping Camp Jabberwocky plan renovations. Camp Jabberwocky is the oldest sleep away camp in America for people with disabilities. It’s a magical place where dreams come true and nothing is impossible. It’s been that way for 65 years.

The main building on their campus needed major change. After some initial programming work, we spoke to their board about the possibility of hiring SMCo for architecture and construction services. The same old problem surfaced. Not long before, we had been hired to develop a schematic design for the new Martha’s Vineyard Museum and had been disappointed when they elected not to accept design/build for the next phases.

This time, we had an idea.

We developed an important clause to add to our design agreement. Essentially, it said that:
• At the completion of design we would prepare a detailed cost estimate for construction.
• Then Camp Jabberwocky could elect to hire an independent professional estimator to provide a comparative estimate.
• If the independent estimator’s construction estimate was close to, or higher, than ours, the construction contract would automatically be awarded to us.
• If it was more than 5% lower, there would be a reconciliation process to assess the reasons for the differences and reach agreement on a final price.
• If the parties were unable to agree, Jabberwocky could use our plans to get bids from other construction companies.

This suggestion breached the dam; we signed a construction contract, and the project was built. Since then, two other boards – Martha’s Vineyard Community Services (MVCS) and Island Grown Initiative (IGI) – have agreed to this approach for major projects. The result: three of the most rewarding endeavors in our history.

It’s notable that by the time we completed the Jabberwocky design, enough trust had been built that their board decided to forego the comparative estimate opportunity and directly engage SMCo for construction. 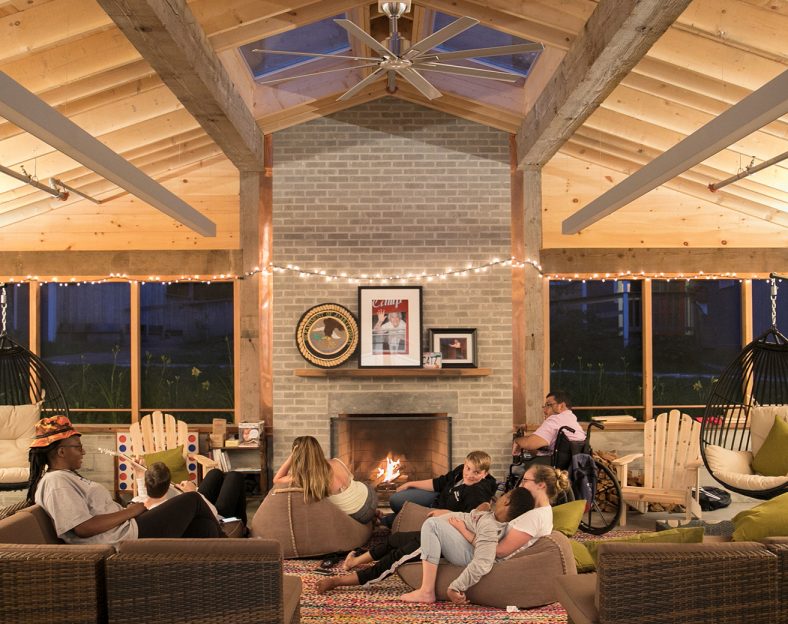 MVCS is the island’s umbrella social service agency; it provides an array of services to thousands of islanders each year. Just after the Jabberwocky project was completed, we created a master plan to replace the dilapidated and insufficient MVCS buildings – to make a new campus – and completed the design for their Early Childhood Center, the first phase of the campus re-build. Their board took a more conservative approach and hired an outside estimation firm, whose pricing turned out to be higher than ours. They signed our construction contract, and we completed the project on time and on budget in 2021. The organization and the families the building serves could not be happier. We begin design of phase two this fall. 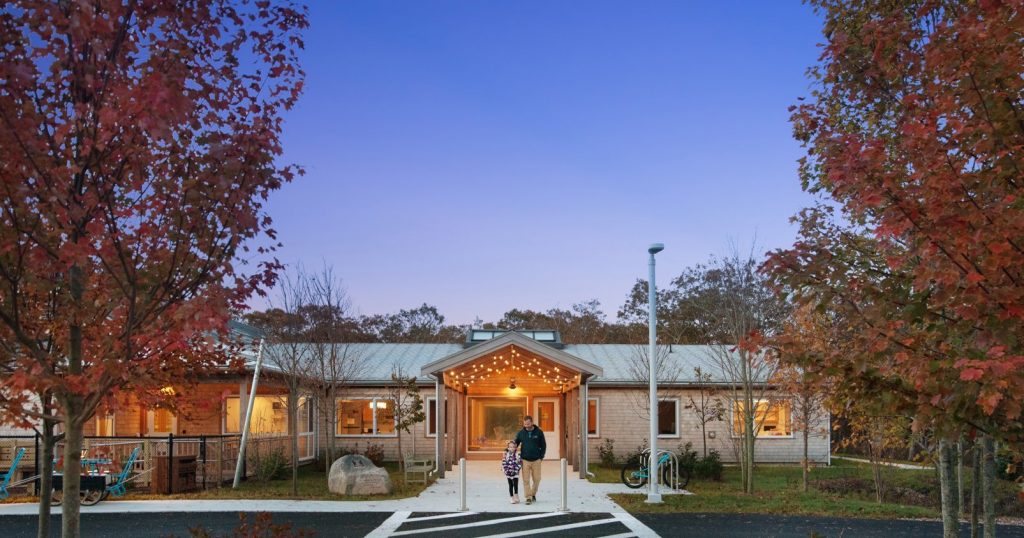 Meanwhile, we will soon complete design for a new Education and Innovation Center, three units of staff housing, and extensive infrastructure improvements at IGI’s Island Grown Farm. When we complete our construction estimate in the fall, we do not know how the board will proceed. Either way (the Jabberwocky way or the MVCS way) works for us.

One way or another, we are thrilled by the prospect of building this project, about which longtime land planner and sustainability advocate Rob Kendall recently wrote in the Vineyard papers, as public permitting hearings proceeded at The Martha’s Vineyard Commission (MVC), “This is a gift from the Island community to itself. The plan has the long-term educational potential to move the island closer to a more sustainable food and energy future.” 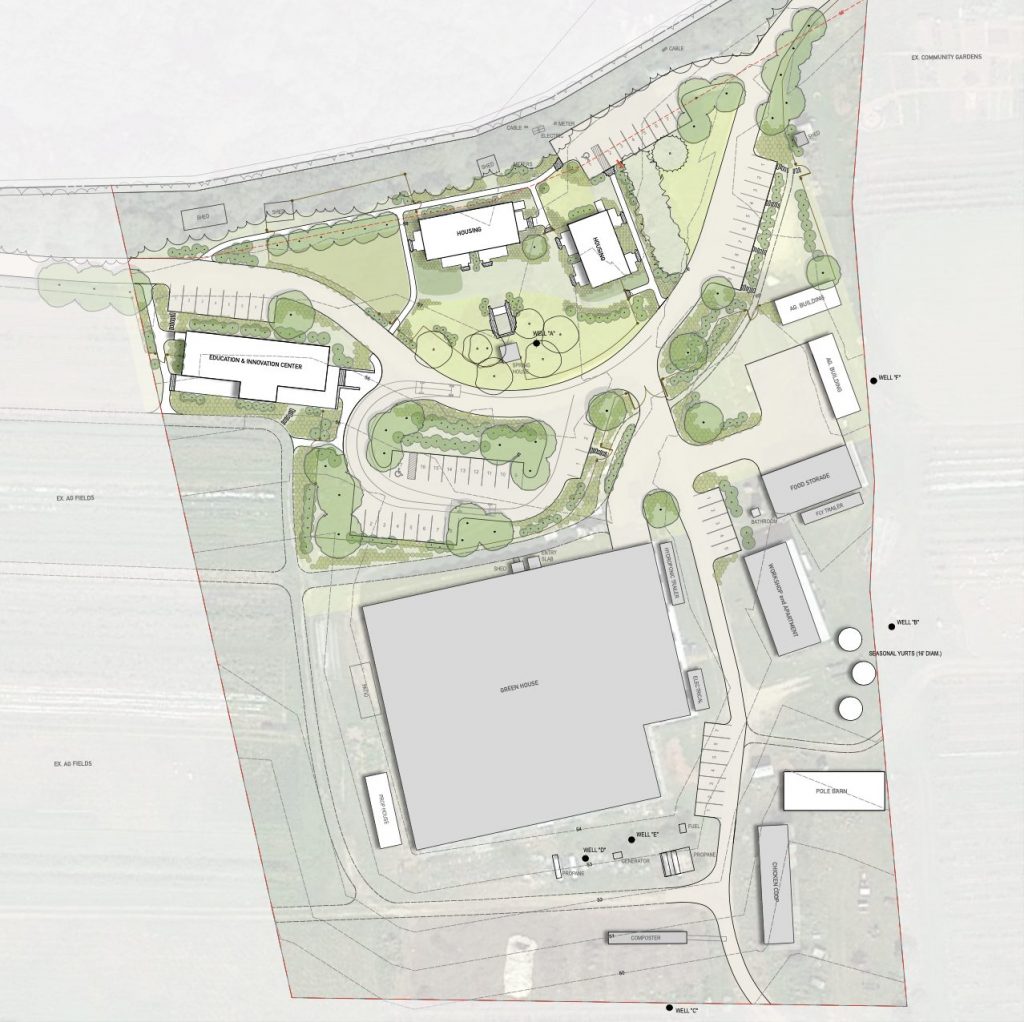 We are looking forward to IGI construction, to MVCS Phase Two, and to more of this mission-driven institutional work in the future. Using SMCo’s integrated design/build approach, we are bringing high performance and high-quality development to a sector we respect and organizations we cherish. This trilogy of exemplary projects embodies our values and allows us to contribute to and synergize with our community in a very public way. Our staff loves the opportunity to explore different building types and scales, new ways to practice our craft, and the purpose and meaning embedded in this work. We are humbled by the great work these organizations do and proud of our modest contributions to their success.

And it’s all because we stopped seeing our approach as an obstacle, gave up
trying to convince boards to take us on faith, listened carefully to their concerns, and devised a way to alleviate them. There are lessons here: saying no to no is valuable, finding the heart of an impasse can inspire innovation, and making minor method adjustments can produce major harvests.

In this case, a simple solution caused a quantum leap.