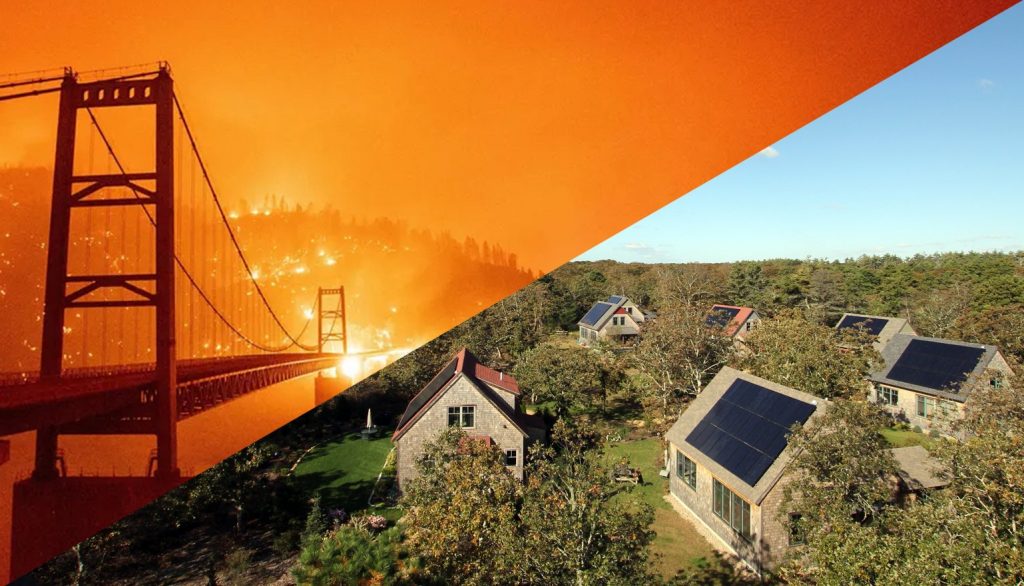 Summer’s done. The west burns, the east floods, and there’s nowhere for working people to live on Martha’s Vineyard. Comparing the worldwide climate crisis to the local affordable housing shortage may seem like comparing the 20-year Afghanistan war to a Saturday night bar fight, but there’s a connection.

The current condition of each requires massive transformation to solve; the fundamental difference is scale. We know how to overcome climate change, but we don’t yet know if we will. We know how to solve the local housing crisis, too, and – lo and behold – there are two indications that we just might. The first is circumstantial; the second is intentional.

Something that is happening right now has never happened before: in each of the six island towns, there is, simultaneously, one or more significant affordable housing projects moving forward. In a recent editorial in the Martha’s Vineyard Times called “Making Progress,” most of the projects were listed. Here they are again, paraphrased for brevity:

Others are being planned. Island Grown Initiative will build four units of farmworker housing at Island Grown Farms in Oak Bluffs. Most significantly of all, perhaps, the MV Hospital and Healthy Aging of Martha’s Vineyard have secured property and much of the funding for a large project for elders. It will house 70 people of mixed incomes at a complex using the innovative Green House model that has been successfully replicated nearly 400 times nationwide.

The combined result of this activity may produce roughly 250 new affordable and elderly housing opportunities. If they are all completed in the next five years, they would satisfy the ambitious Martha’s Vineyard Commission Housing Needs Assessment goal of producing 50 units of new community housing per year.

This unlikely convergence of tremendous parallel efforts is the first indication – the circumstantial one – that we will solve this crisis. 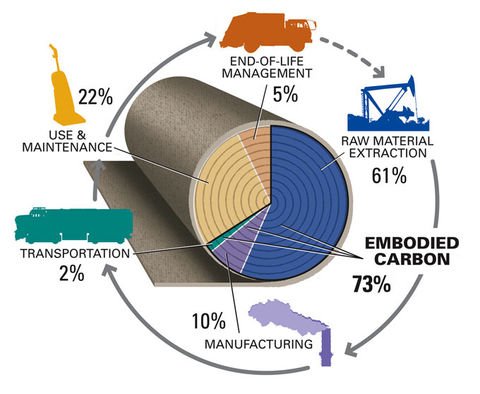 With all this development, there is opportunity to contribute to the solution of that bigger problem: our climate crisis. Buildings (their construction and operation) account for nearly 40% of all carbon emissions. With care, attention, and investment, we can make buildings responsible for significantly less carbon than the norm. It’s even possible to build carbon-neutral (and carbon positive!). We should be doing nothing less.

All of these projects need funding to bridge the significant gap between cost and affordability and to ensure health, comfort, durability, energy efficiency and reduced carbon content.

That brings us to the second indicator – the intentional one.

In November 2020, Coalition to Create the MV Housing Bank (CCMVHB) formed to establish a regional housing bank funded by a 2% transfer fee like the MV Land Bank. The effort has a full head of steam. We have joined forces with a dozen other cities and towns to craft statewide transfer fee legislation and are working with all six towns to pass warrant articles supporting the housing bank. A dedicated funding source producing $7-10 million annually for housing would allow for progress like we have never seen before.

All the projects listed earlier involve development or re-development. The housing bank could support these efforts financially, but it could take other approaches as well.

Think how many campground cottages, Edgartown bungalows, Chilmark colonials, and West Tisbury farmhouses could be purchased, re-furbished, taken off the short-term rental market, and made into stable year-round housing (rather than being demolished and replaced with mega-mansions to rent for a ton of money in the summer and sit empty and dark the rest of the year).

Consider how many people, way short on a down payment for one of the ridiculously priced fixer-uppers on the market today, could walk into the Housing Bank office and say, “How about one of those ‘shared appreciation loans’ for me? I’ll pay it back. I’ll work hard. I always have. You can count on me.”

We probably can, and it sure wouldn’t hurt to try. (Shared appreciation loans would provide down payment assistance to those struggling to enter our inaccessible housing market and would be repaid upon sale or re-financing – with some of the appreciation returning so the funds could be re-purposed in the future).

Our partner, the Land Bank (which has consistently supported affordable housing efforts and has volunteered to collect the housing bank funds using its existing apparatus), has transformed the island for our pleasure, health, stability, and well-being. That is precisely what the Housing Bank could do for people. Land Conservation and People Conservation. Two sides of the same coin. Currency for community. An investment in generations to come.

During the past 25 years, Vineyard non-profits and municipalities have slowed the march of the housing crisis through a variety of important finger-in-the-dike efforts. But if you want to get to Mexico and you’re heading for Canada, just slowing down won’t get you to where you’re going. You need to change direction. The Housing Bank will combine with current efforts to turn us all the way around.

When will the moment come that we see a similar light at the end of the climate tunnel?