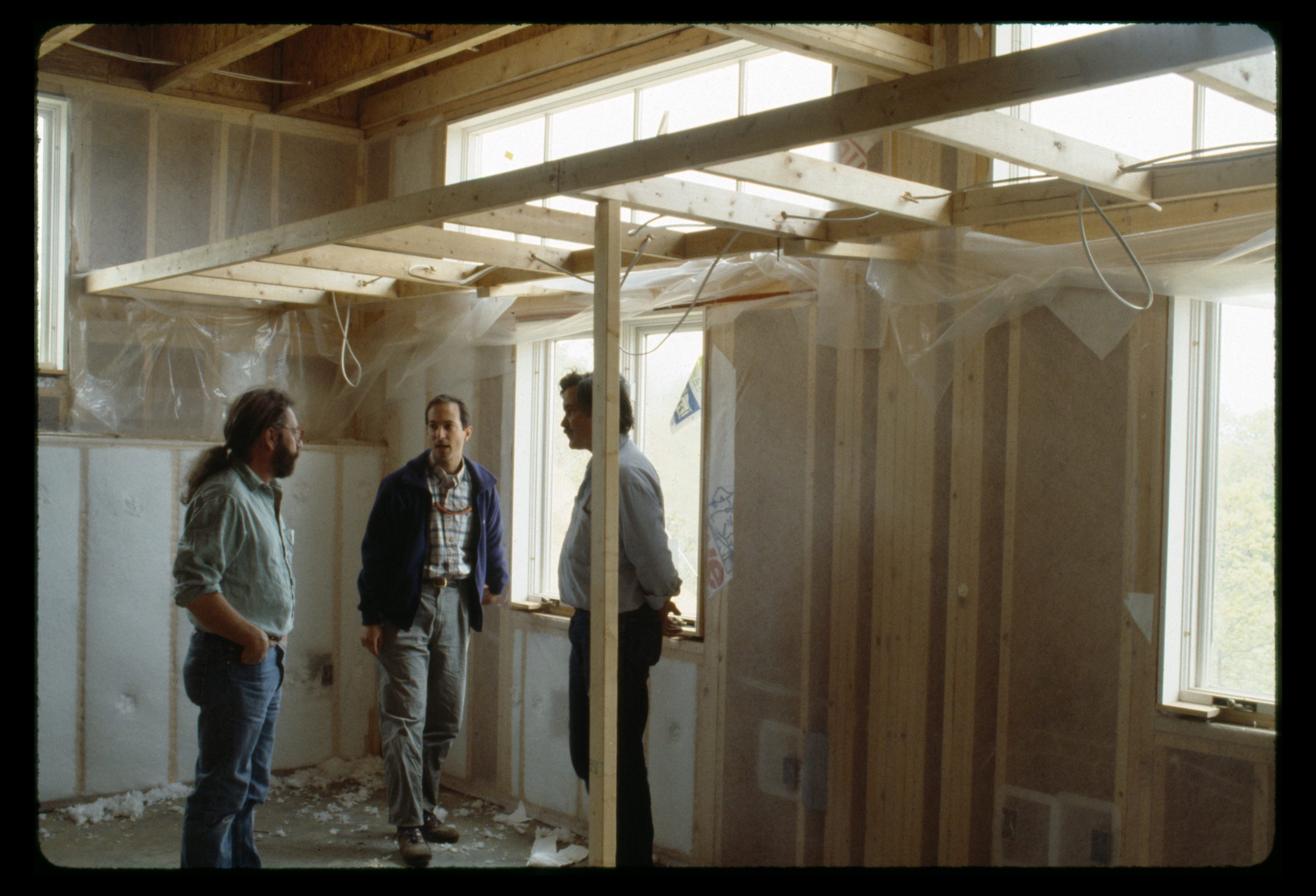 More than 25 years ago, I was in a room somewhere organizing a conference for the Northeast Sustainable Energy Association. There were two new faces among the group – Marc Rosenbaum and Bruce Coldham – who were engaging and appeared to know their stuff. Not long after, The Wampanoag Tribe asked SMCo to design a new Headquarters, the first building they would raise as a tribe in 300 years. I was excited, but knew we had neither knowledge or capacity to take this on alone. I asked Marc (a mechanical and systems engineer from New Hampshire) and Bruce (an architect from Western MA) if they would collaborate. They agreed; we did that project together and several more after. Although we collaborated deeply on all aspects, at the heart of our shared work, Marc was Numbers, Bruce was Pictures, and I was Words. Together, a seamless composition.

Thus began a relationship that has endured. For several decades, Marc was our go-to consultant about all things energy and systems. He taught us so much about buildings that we wouldn’t have known otherwise. He still does! 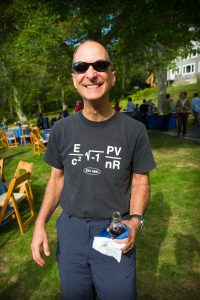 Ten years ago, our relationship changed. Marc and wife Jill moved to the Vineyard. He became an SMCo employee, and later an owner. His contributions to the company, to our buildings, and to our institutional knowledge ever since have been entirely remarkable. He thinks in a way that is unlike anyone I’ve ever met. The thing about Marc is – he cares. About truth, excellence, people, life, and impeccable data-driven information. It matters to him to make a difference; he’s committed to improving conditions for people on our planet. He does – consistently, relentlessly, and generously.

At the end of this year, our relationship will change again. Marc recently announced to our leadership team that he will end his time as an employee-owner and transition back to being a trusted consultant. He has other endeavors he wants to combine with his SMCo work, so he wants to be more independent and flexible and . . . well, you know, unemployed. He’ll still work with our architects, engineers, solar team, and production staff on most of our projects. It really won’t be much different (since he’s not in the office these pandemic days anyway). We’ll still be asking “Hey Marc…” on a regular basis. He’ll still be finding the best intelligence, dreaming up new solutions, and teaching us all. We’ll still have the benefit of well-filtered know-how from his extraordinary nationwide network of experts. He’ll still be pointing out my typos and making bad puns.

He’ll still be here. We’re very lucky and very grateful. We all hope that his path forward is all-the-way fulfilling, as we’re sure it will be. After all, he’s never been one to waste opportunity.

Our mutual friend Jamie Wolf illustrates this point with an early NESEA conference story. He remembers this guy in the front row at every presentation. Invariably, his hand would shoot up to ask penetrating questions. “I first met the back of his head,” says Jamie. “Inquiry, scrutiny, mastery. That was his method. He embodied that – it’s the NESEA ethic, but we learned it, as much as from anyone, from Marc.”

About SMCo, Marc wrote after his announcement, “ . . . This community of people is extraordinary in so many ways. . . . . I’ve never been in a group where dedication to excellence, and doing the best one can, has been so prevalent. The richness comes from the diversity of what we define as excellence. That diversity leads to differences of opinion about what should be prioritized, but the commitments we bring are the foundation of goodwill that allows us to, together, create something profoundly better than any of us could do alone.”

The first time I visited Marc and Jill in New Hampshire, decades ago, I stayed in their finished basement. Hanging on a sheetrock wall in the hallway at the foot of the stairs, where you’d expect a painting to be, was a bicycle. I asked him about it. “Oh, that’s a bicycle I built for my senior thesis at MIT. At the time, it was the lightest bicycle in the world.”

Buildings are one of his passions. Bicycles are another. He’ll surely find time for both in this new chapter – The Rosenbaum Chronicles, part three. 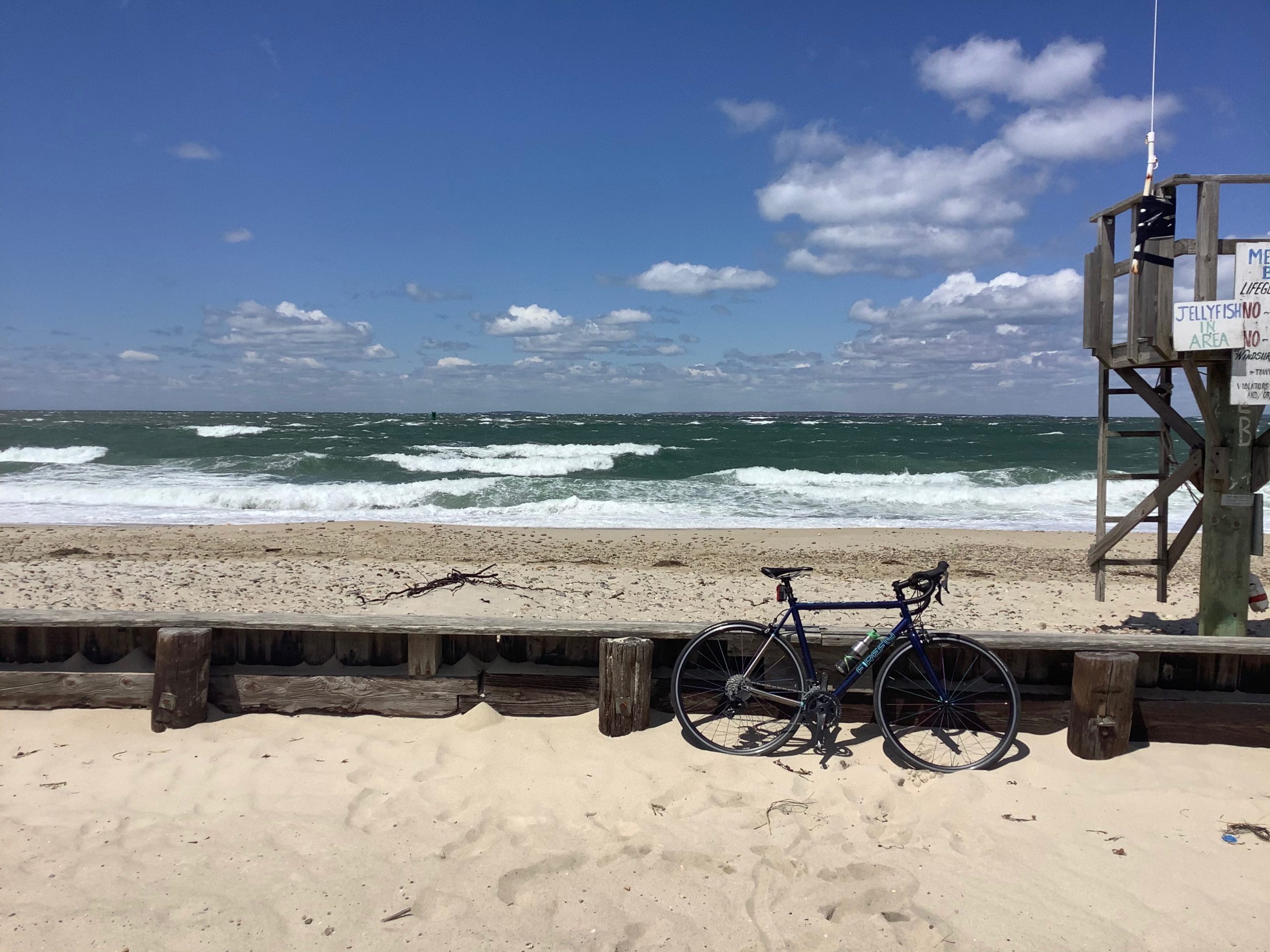