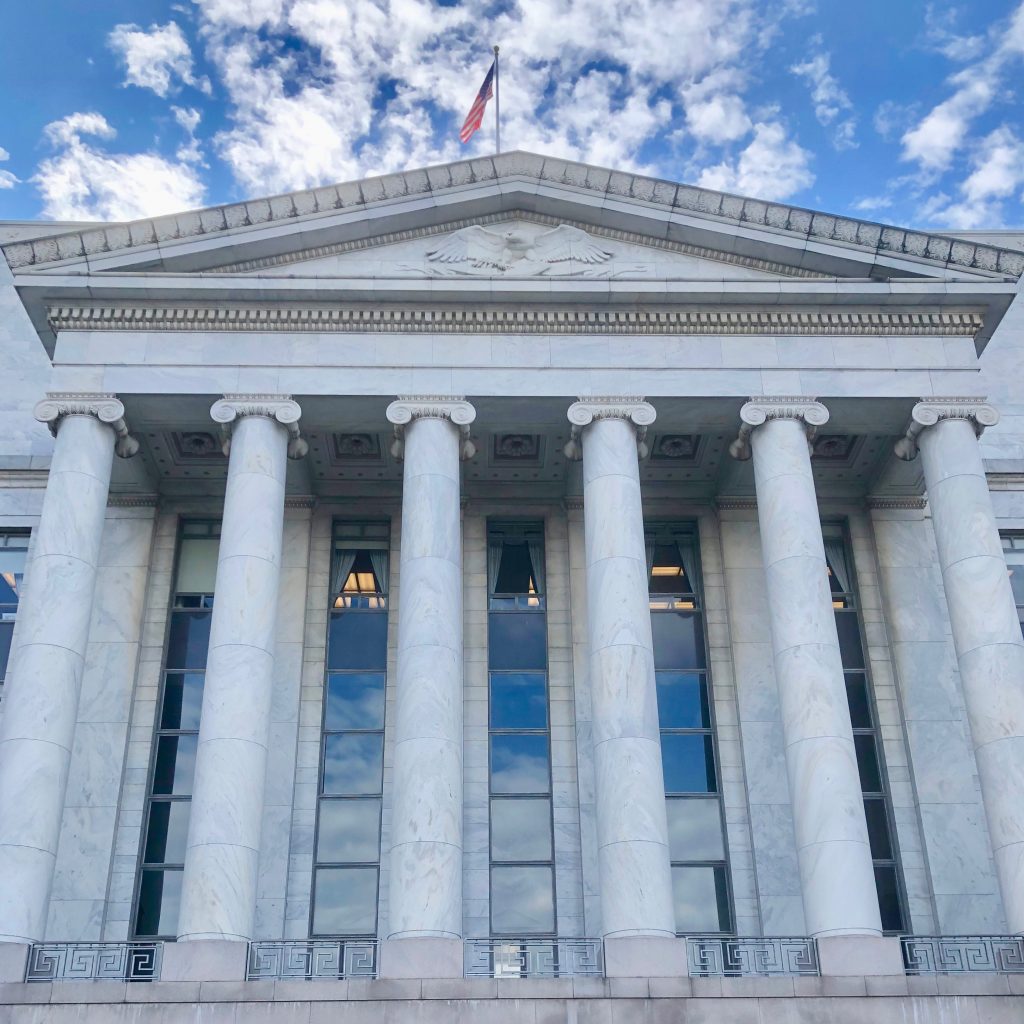 Sometimes we are fortunate enough to catch glimpses of progress within our federal government (yes, there is some – despite Mitch McConnell’s relentless efforts to assure that nothing positive happens in Congress, he does not always succeed!) I had this chance several weeks ago.

In August of 2018, Trump signed a 788-page defense bill which authorized $717 billion for the military. Hardly anyone noticed that New York Senator Kirsten Gillibrand slipped in a provision to help workers own their companies – a modest attempt to tackle wealth inequality, and a timely one.

As baby boomers reach retirement age, we are undergoing a “Silver Tsunami” – several million small businesses in the U.S. stand at a crossroads: What will happen to them when their founders move on? Some will be passed down to family members. Some will be absorbed by larger companies (and likely, moved out of town). Some will close their doors. Others will explore the increasingly popular notion of selling the business to those employees who helped build it.

There are obstacles. It’s not uncomplicated. Gillibrand’s bill – the Main Street Employee Ownership Act of 2018 – was designed to help employee-owned companies gain better access to technical assistance and capital. On February 12th of this year, the House Committee on Small Business held a hearing to examine how the bill is working, how it’s not, and how it can be improved. 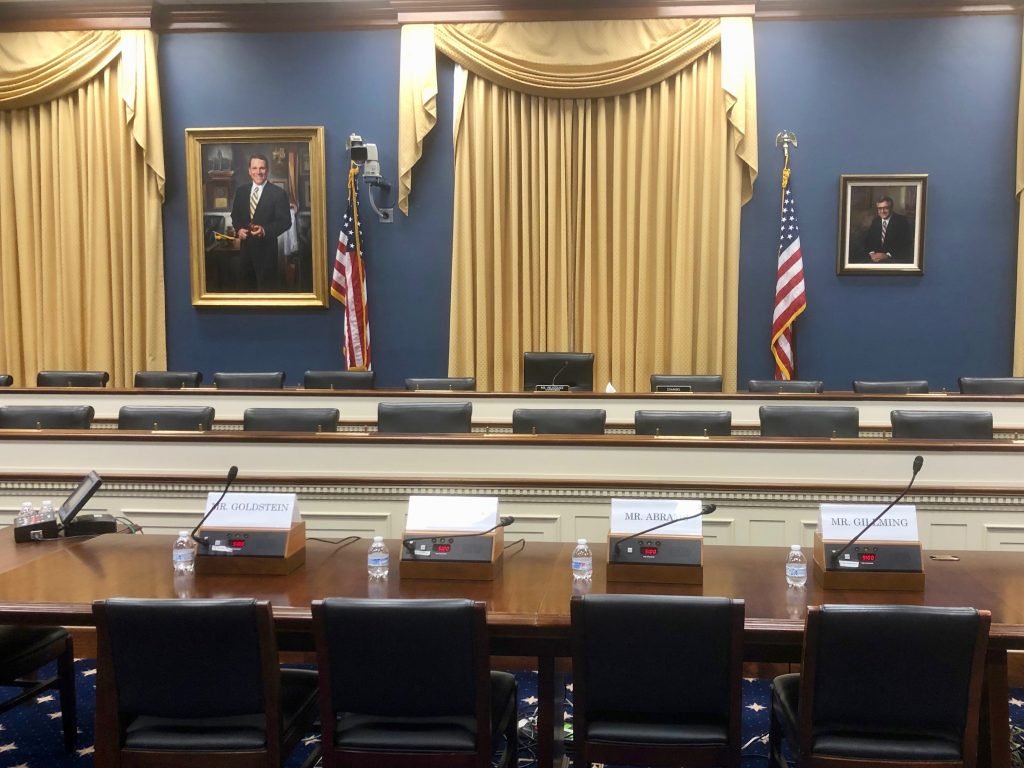 The experience was an eye opener.

The room held a significant sampling of the Democratic and Republican representatives who comprised the Committee. Chairwoman Nydia Velázquez of New York opened the hearing with this remark: “At a time when income and wealth inequality are at record levels, real wages for middle class workers are nearly stagnant, and retirement security is no longer guaranteed, one way to combat these problems is through the employee-owned business model.”

She displayed a firm grasp of the issues and a strong commitment. She knew her subject. I was impressed.

Each of us had five minutes to testify. My peers were knowledgeable and passionate advocates.

Mark Gillming, senior vice president at Messer Construction in Cincinnati, praised the tax advantages (passed by congress 45 years ago), which have caused the ESOP model to become widespread:

When I began working at Messer Construction, it was a medium size, family-owned construction company with a long history and a good reputation; but, like most companies in construction, it had little in the way of employee benefits.

In 1988, the last son of the company founder died, and we found ourselves with an uncertain future. The grandchildren of the founder wanted access to their wealth and, having no connection with the employees, were not committed to maintaining employment at the company. In 1990, the Messer employees were able to buy their future from the Messer family, using the ESOP structure. We could not have purchased the company if not for the important tax advantages that the ESOP model afforded us.

Our country’s investment in ESOPs allowed ninety-nine Messer employees to purchase their future; and the engagement that opportunity created, has resulted in growth. Messer now provides quality jobs and predictable retirement for over 1,200 individuals and has company-funded retirement assets for those employees totaling more than $400,000,000. 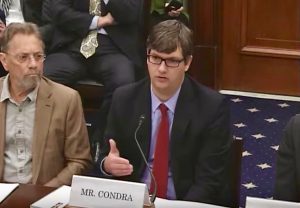 R.L. Condra, VP of Advocacy and Government Programs at the National Cooperative Bank in Arlington, Virginia, spoke to the changing nature of cooperatives and those who stand to benefit:

A prohibitive policy requirement by the Small Business Administration (SBA) is hindering the growth of the cooperative business sector. If this issue is resolved, lending institutions, like the one I work for, will be able to make loans that will help to grow small businesses, create quality jobs at increased wages, and provide healthy food and grocery options for communities throughout the country.

Cooperatives have evolved since the 1960’s when the SBA recognized them as buying clubs. There are now over 40,000 cooperatives in the US and the top 100 generated $222 billion in annual revenue in 2018. Some notable cooperatives include REI, ACE Hardware, Ocean Spray, Land O’Lakes, and Congressional Federal Credit Union.

Since the great Recession, worker cooperative numbers have doubled, and have become a business option for young people, women and minorities. According to the 2019 Worker Cooperative Economic Census, 50% of owners of worker co-ops are Latino and African American, and 62% of women make up the majority of the workforce.

Daniel Goldstein, President and CEO of Folience, a media company in Iowa, advocated for regulatory clarity that would lower the risk for businesses making the employee ownership transition:

I submit that the biggest obstacle to the formation and expansion of ESOPs is the chilling effect of the U.S. Department of Labor’s (DOL) actions. DOL has perpetuated an absence of formal regulatory guidance, while simultaneously pursuing a litigious approach to oversight. The effect has been a deep chill on the market.

Every year, hundreds of business owners who want to learn about ESOPs attend educational events hosted by The ESOP Association. And once exposed to the lack of clear guidance, many turn away out of fear that some unknowable misstep will invite never-ending DOL scrutiny.

Those fears are not unfounded.

Today, more than 45 years after ESOPs were established with the passage of ERISA, the Department of Labor has yet to finish its rulemaking process. They started. They nearly finished in 1988. But they never issued final regulations.

Operating without clear guidance is a risk ESOP companies should not be forced to bear; it is a risk that negatively affects the wealth and security of the 10.6 million employee owners DOL has been tasked with protecting.

But here is the travesty: It is impossible to prove how many American workers have lost the opportunity to become employee owners as a result of this chilling effect. And, due to the rapidly escalating retirements of baby boomer business owners, there is urgency to reduce the chilling effect this lack of regulatory clarity is causing.

And then it was my turn. I emphasized the value of employee ownership in our culture and the importance of sharing what we have learned:

I believe that owning our work is as essential to a good life as it is to own our homes. As former Treasury Secretary Lawrence Summers once remarked, “In the history of the world, no one has ever washed a rented car”. When employee owners are making the decisions, it is more likely that companies will stay rooted in place and be positive forces in their local communities.

Economist Richard Wolff says, “if our workplaces had been democratized, long ago, would the workers have stopped raising their own wages? Hardly. Would they have destroyed their own jobs by moving production overseas? Doubt it. Would they have employed technologies that pollute the local environment? No, they live there. Would they have allowed some to earn astronomical salaries while the rest got no raises? No way. Our economic history over the last thirty years would have been radically improved if we’d had a different way of organizing our enterprises – with a more cooperative community-focused method that is democratic at its core.”

Growing the worker cooperative approach has the potential to positively affect the economy, our democracy, and the quality of working peoples’ lives. It is not a stretch to say that the benefits of the democratic workplace may even aid and influence the essential repair of our battered civic landscape – it could change, in effect, the chemistry of our culture. If you spend your days working in an environment of collaboration, mutual respect, and shared power, it is bound to spill over into other parts of your life – better parenting, more civic engagement, kinder relationships.

But it’s not. I hope this committee will build on the good work it has begun and I am grateful for the opportunity to make this request.

Government can work. We know that; we can remember when it did. My experience in Washington amped up my resolve to work hard this year to elect a real president, help democrats take back the Senate, and increase the number of voices involved in decision making. There’s never been a moment when it mattered more. Not in my lifetime.

As for South Mountain’s commitment to employee ownership: we make our Operating Policies, Bylaws and Employee Ownership Toolkit available online and are always happy to help other companies find their way. If you have questions, feel free to contact me at jabrams@southmountain.com – but please read our Toolkit first. It may answer some of your questions. Or it may answer some and provoke others.