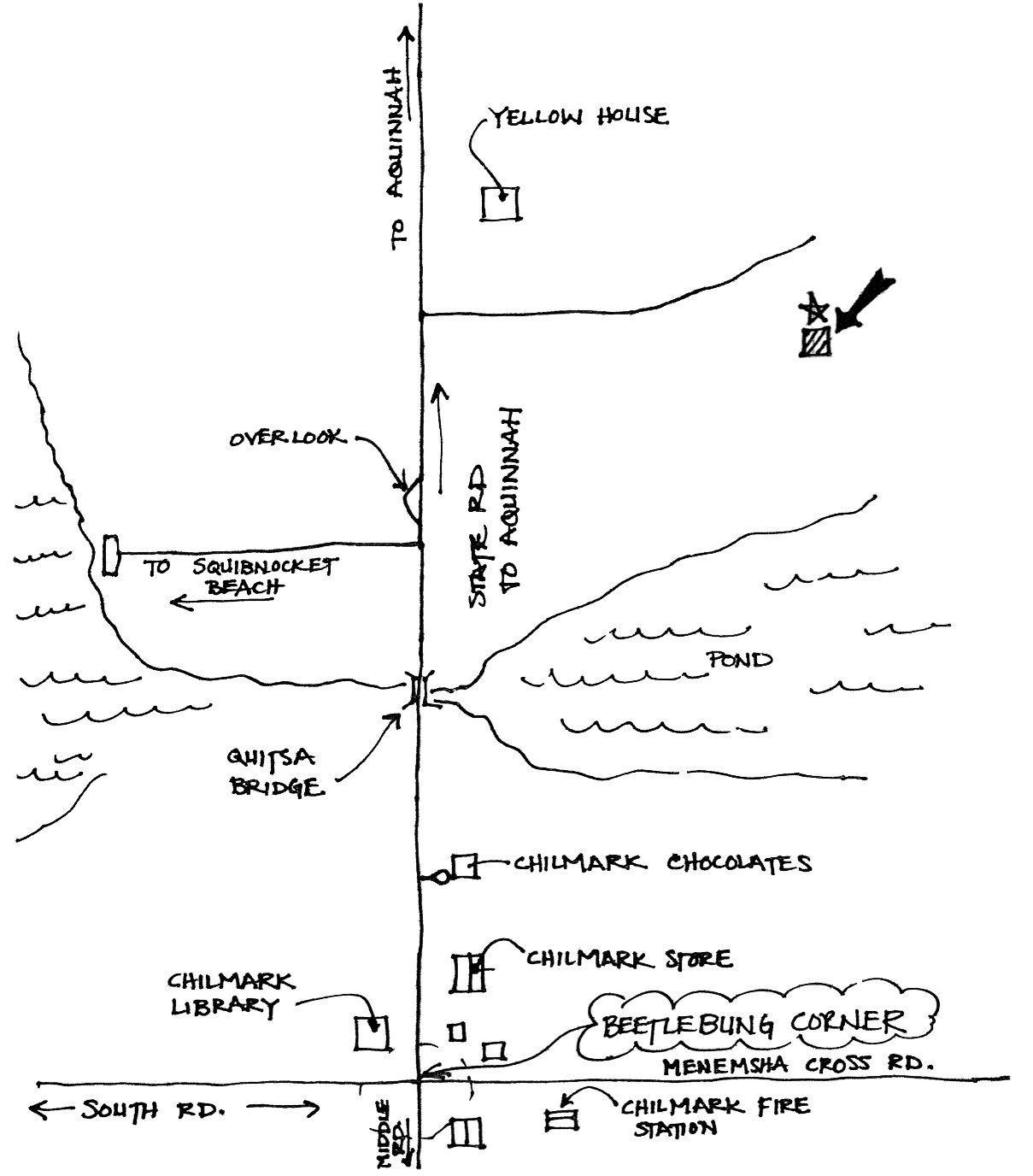 The Vineyard is full of narrow dirt roads that wind out along the ponds and into the hilly uplands. Until recently, many of these roads were unmarked; some still are. Years ago we used to make and circulate hand-drawn maps to help trade partners and suppliers – and our own crews – find jobsites.

Sometime in the 1980s we started making red arrows and strategically locating them along the way. The arrows themselves evolved and ultimately became a cut-out. Jim Vercruysse, our Shop Lead, who has been with us 30 years, has probably made and painted hundreds. 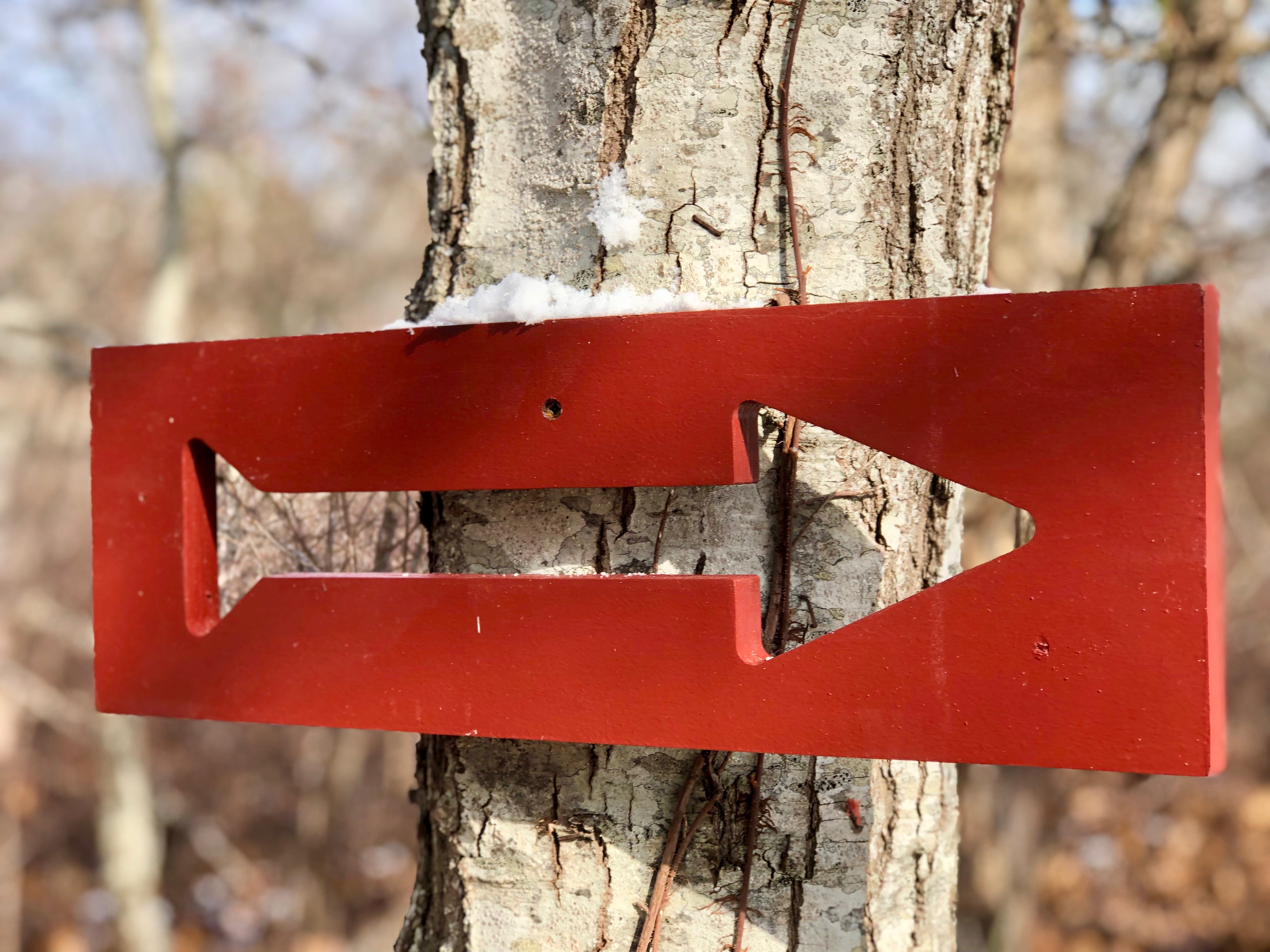 In 1998, when we developed our Stoney Hill Road property, which included the development of Island Cohousing (a neighborhood of 16 houses and extensive common facilities) in addition to the South Mountain office, shop, and storage yard, we cut a new access road. We needed a name for the road. At a company meeting we held a brainstorming session to find one. Derrill Bazzy, former Designer and Owner, suggested we name it Red Arrow Road. He remembers, “All of a sudden it just popped into my head, made total sense to me, and when I suggested it to the group, everyone said ‘Of course!’ It was unequivocal.”

It stuck, so that’s how we ended up on Red Arrow Road (where we remain today, two decades later).

And then there’s Mud Puddle Road (which most of them are this time of year) and just plain Old Dirt Road (love that one), Beaten Path, and Goah Way.

Many clearly have a story behind them, like Pimpneymouse Lane, Robin’s Nest Road, Pennywise Path, and Black Duck Road.

There are even some numbered dirt “streets” along Edgartown-Vineyard Haven Road, that go from 3rd Street to 22nd Street, with some random Avenues (10th, 12th, and 13th) thrown in for good measure. This area is particularly bizarre because the numbers aren’t even in order, just helter skelter. What’s that all about? How did it happen? Stoner town planners or developers playing a joke on the rest of us long ago?

Back to Red Arrows. Remember that none of them will lead you to Red Arrow Road. In fact, even your GPS is unreliable for that task. It will lead you up the Edgartown-Vineyard Haven side of Stoney Hill Road – the worst dirt road on the Vineyard, where you are sure to bottom out multiple times.

Stick to the map below. And if you know a good story about how any of those dirt roads were named, let me know.