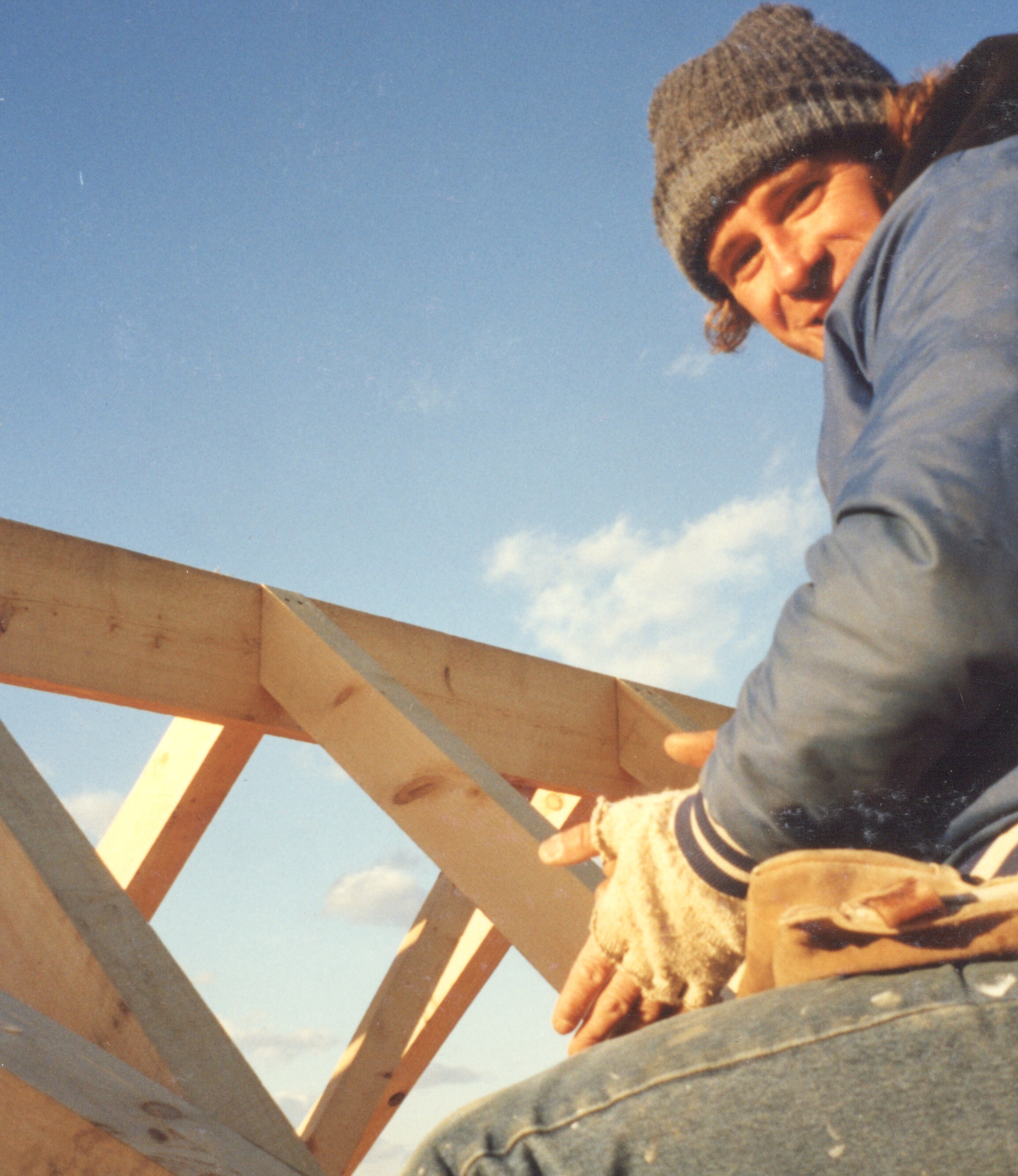 Pete Ives retired last month. Of the many long term employees/owners who have made this company what it is, Pete had the longest tenure (except for me, last man standing, apparently). His illustrious career here spanned 41 years.

He came to SMCo in 1977, just two years after my former partner Mitchell Posin and I came to the Vineyard and South Mountain began. At the time he was an accomplished mason, painter, drywaller, floor sander, tilesetter, and surfer. He’d never done a lick of carpentry. He said, “Just tell me what to do. I’ll do anything, as long as I don’t have to tell anyone else what to do.” He was loyal, dedicated, and skilled, but he feared responsibility.

Back then it was just me, Mitchell, Steve, Pete, and Heikki Soikkeli (I think). By 1985 there were ten employees. Steve and Pete came to me and said they wanted to stay at South Mountain and make their careers here, but needed a greater stake and more than an hourly wage. We decided to become a worker cooperative. Pete became one of the original three employee owners when we restructured in 1987.

And he stayed. Over time he began to find confidence in his work and himself. He learned to be a very good carpenter and then a project lead, first reluctantly, then with pride. So much for not telling people what to do. He was the Clerk of the organization, the only one we ever had until his retirement. He also became an essential part of the Personnel Committee for all those years.

His work at SMCo extended into five different decades. He was the responsible project lead for some of our most emblematic projects, like Sagan, Thistle, Hass, Weinstock, Hamermesh, Field, Howes, Cook-Kraus, Davis, and Lake-Hodgson.

His work culminated appropriately with the wonderfully playful Lee Treehouse.

Pete has been friend, colleague, and co-owner. I have seen his three children at birth, growing up, and grown. Clare has always been a constant, his partner in the truest sense.

My wife Chris always said he was the heart of SMCo. The keeper of the soul. The king of casual. Killing it with kindness. Getting the job done in the most stress-free way possible. If Pete was there, it was surely gonna be fun. And infused with craft. Always craft. He had an unbelievable touch with people and wood. Knew how to make both fit together seamlessly.

We are lucky to know him and grateful for all he’s been and done. His spirit will remain a part of this company for as long as the company endures.