NOTE: I wrote this on July 9th, just after Terry Hass died.

Twice each day Chris and I remove toothbrushes and toothpaste from the ceramic holder – the one that Terry made – that sits on the shelf below our medicine cabinet.

The glazes are a mix of brown and gray, earthy like all her pottery. A series of elongated S—like perforations provide ventilation and drying, and are reminiscent of a flock of birds in flight. Practicality and beauty were inseparable for her. Now that she’s gone those holes in the toothbrush holder are like the holes in our heart.

Chris often says there are some people whose life is art. Terry was one of those. Her ceramics, her clothing, her food, her house, her child-rearing– all of it was naturally artful. She didn’t have to work at it; it was just her way, free of static and simple as bread.

Twenty eight years ago SMCo designed and built a house in Chilmark for Terry, her husband Gerry, and their three then-teenage daughters Caroline, Rachel, and Emily. Prior to that, the family had summered in a little shack they built on the property of friends of theirs on Blue Barque Road. They called the shack the Hacienda.

They bought a piece of wooded property just up the road. We helped them clear an area and dragged the Hacienda over and placed it on the new property. It was the beginning of a long and wonderful story of a family and a place.

Not to take anything from Gerry, or the kids, or, for that matter, from us, but the house that emerged on this property was really the house that Terry made. To this day it is imbued with her imprint as much as the ceramic pieces that she often stamped with geometric patterns. To Terry, each decision was worthy of careful consideration, but our collaboration with her was so seamless that only in retrospect could you internalize the intensity of the process. Terry drove us to solutions that met the budget but never compromised beauty and character. 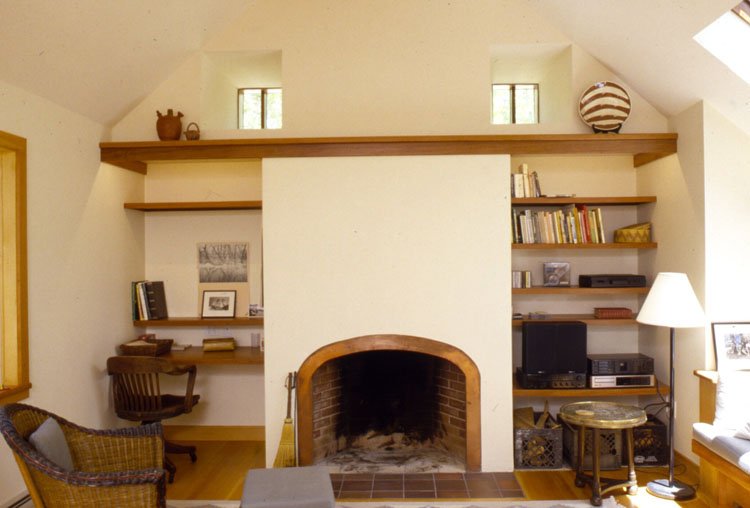 Sometimes our clients become friends for life. That’s what happened with the Hass family, and the house we made for them remains one of my favorites.

The screened porch, which connects the main, winterized part of the house to an un-winterized bunkroom (which, later, when more funds were available, was winterized and expanded, including a studio for Terry) became the heart of the house, truly the “living” room. A few weeks ago, nearing the end of her life, hardly able to travel, Terry decided the family would leave Cambridge and go to the Vineyard. She wanted to be on that screened porch looking at flowers and listening to birds sing. She wanted to die at her true home, surrounded not only by family but by the place she fashioned. 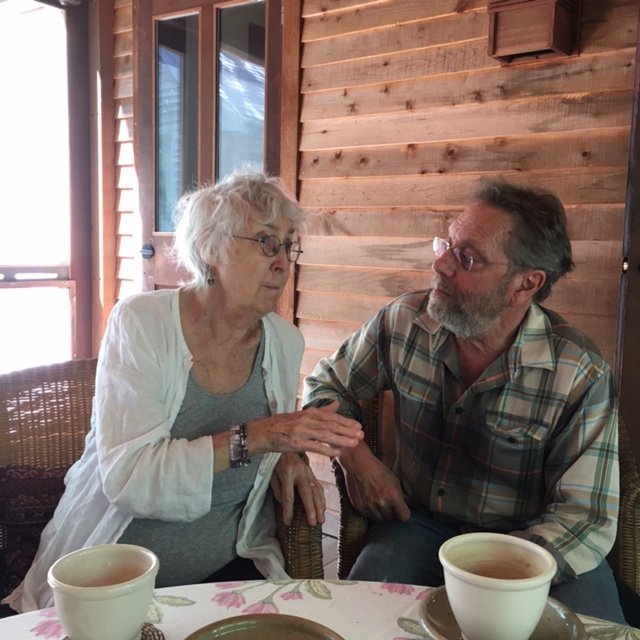 Long ago when we were at the Hass’ celebrating the completion of the house, my five year old daughter Sophie asked, “Are Terry and Gerry South Mountain?” Now 32, she remembers this well. She says that she was “classifying”: trying to figure out who belonged to which group of people in our lives: family, friends, Chris’ preschool, South Mountain.

Yes, Terry was, indeed, South Mountain. She had an important job: to help us do our very best work for her.

She did that job with a combination of elegance and thrift, in the very best sense of each. Artfully, of course. Thank you for being a part of our lives, Terry. You remain with us, and you will.

By the way, the little Hacienda is still there too.