Our 40th year in business will soon come to a close.

We had a party to celebrate. It was different from our usual parties.  This time none of our beloved clients were invited.  It was a party was for the people who do the work – our employees, our former employees, our trade partners, and our other work partners.

We missed all those incredible clients with whom we have established such important friendships.  But it was satisfying to honor and emphasize those who get up each day, go to work, and make it possible to do what we do.

It was a gorgeous day at the Tisbury Waterworks.   Our FunCom group (the SMCo party and event committee, which includes Siobhán Mullin, Betsy Smith, Jim Vercruysse, and Rob Meyers) had worked closely with Deirdre Bohan and Abbie Zell to orchestrate the event.

Patrie Grace and her wonderful catering group, along with master barbeque man Tim Laursen (a former employee) had the place set up and done up for a magnificent feast.  My son Pinto played music that set a sweet tone.

Before dinner, I said some welcomes, mentioned a few old stalwarts who weren’t there, and told a story or two.  Then I invited others to ascend the hill and share stories and memories.  A string of people took the mic– Richard Green, Tara Simmons, Jill Walsh, Billy Dillon, Pete Ives, Siobhán Mullin, Bill (Norton) Russell, Christina Platt, Eric Bates – for tall tales and rollicking sketches.  Finally, Pete D’Angelo dramatized my own exit interview in the distant future – in his inimitable manner he sent the doddering old idiot (me) out the door.

A bit later photographer Wayne Smith assembled as many of us as he could and shot this picture. 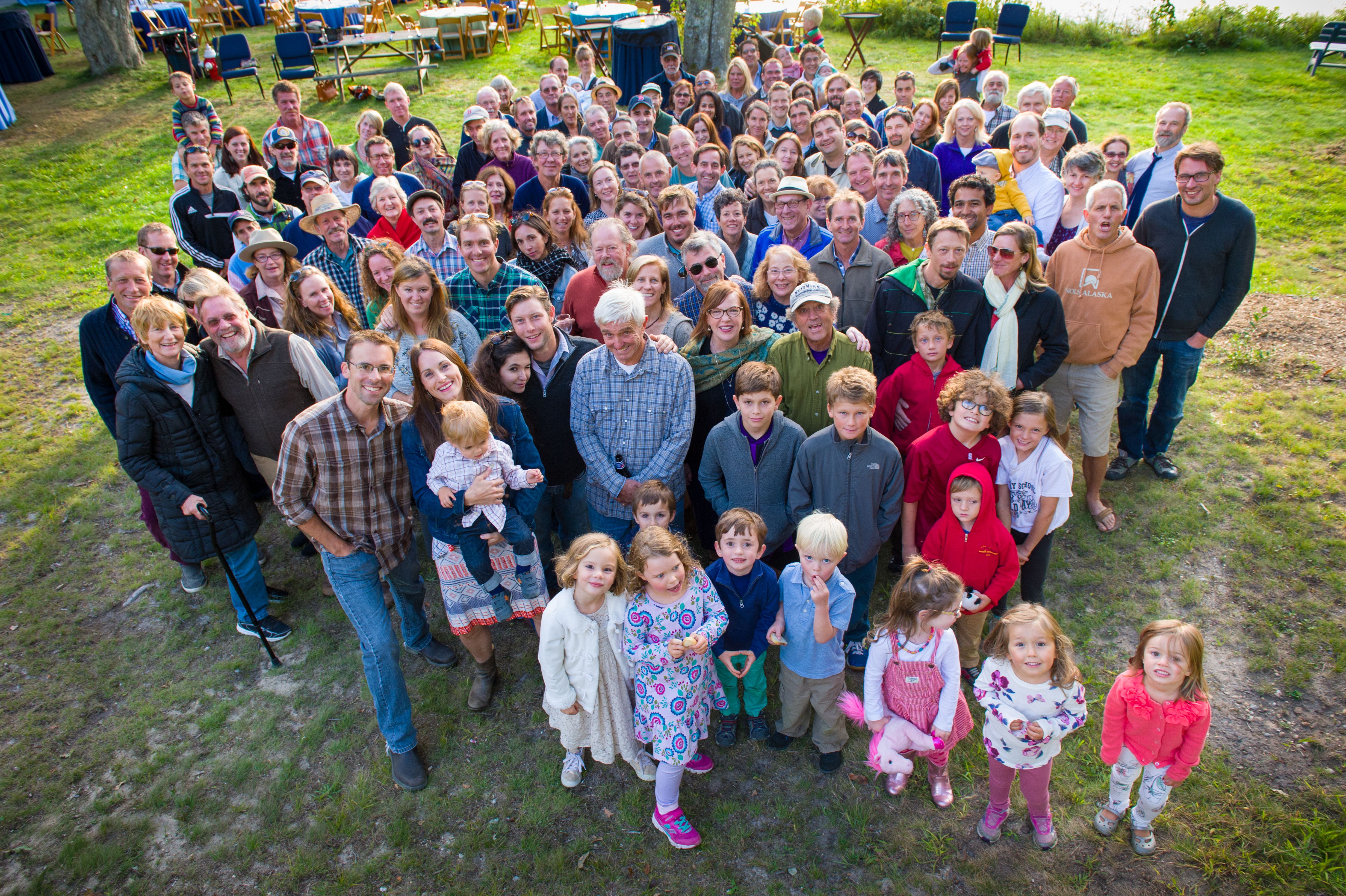 We missed some people.  Many old employees were far away and couldn’t make the trip.  September is a time when many Vineyarders take post-summer vacations.  Two major events were happening at the exact same time – a memorial service for Ernie Mendenhall (longtime West Tisbury building inspector and affordable housing advocate) and, remarkably, on the very same day Morning Glory Farm was celebrating its 40th anniversary, too!  Sister companies from way back in 1975.

For those of us who were there it was one fine party – homey, collegial, friendly, tasty, and touching.