As 2013 ended, and the New Year began, we completed production of our SMCo five year strategic plan.  We do this every two years.

In a certain way, I don’t think it’s a stretch to say that 2013 was a magical year for us.  Maybe it’s not so mysterious – maybe it’s just maturity.  We have matured, evolved, and changed in dramatic ways.  And yes, there is some magic.

In 2012 and 2013 we tackled some of the most complex projects in our history. These have increased our reach and our capacities.  We are particularly excited about our work with the Island Grown Initiative – we have begun the process of designing and building, with them, a multi-faceted agricultural hub for the Vineyard at Thimble Farm.

Today we have 31 full time employees, two part time employees, and two interns. There is an abundance of talent, skill, youth, and passion.  We are fortunate.  People want to work here.

We are more secure financially than ever before.  Three strong years in a row have begun to have a cumulative effect on our ability to finance present activities and future needs, such as our new systems that have transformed our office/shop/storage facility into a net energy producer. 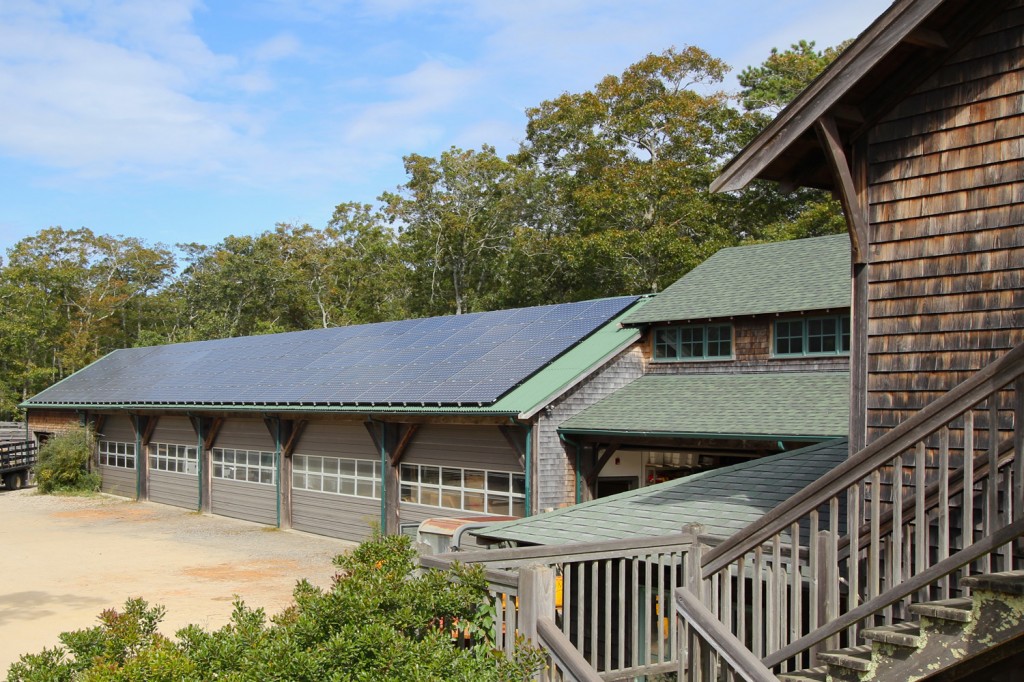 We have completed our initial year as one of the first Massachusetts Beneficial Corporations.  Mike Drezner’s recent retirement allowed him to move into a new Board position as our Benefits Director.

The prelude to the development of our 5 Year Plan was an important document called “The Future Leadership of SMCo. . . and the Avalanche Scenario”, which articulates our needs for successful long-term succession and considers our ability to endure and thrive if something tragic were to suddenly happen to me.

Its creation and review taught us that we are ready, at least to a point, to respond well if something were to happen.

On November 21st we had a company meeting.  Part of the meeting was devoted to an exercise.  We took five minutes – well, maybe seven – and each person in the room jotted down our own personal vision of SMCo in the year 2018, five years from now.  There were many wise expressions.  A few people read theirs aloud.  We compressed it into an amalgamation of many voices which is at the heart of our strategic plan.

The following three thoughts seem to sum it up for me.

–  We are well prepared for a downturn if it comes.  We are ever more able to chart our own future in a financially responsible – but adventurous – way.

–  Nothing stands in the way.  We know that we can be whatever we want to be, and we are confidently marching into our second generation and our next 40 years.

It was interesting to look back on the 2011 strategic plan. At the time, the goals were dramatically different:  re-building backlog, increasing efficiency, better operations.  We focused on marketing and new efficiencies.  In many ways we have achieved those goals in just 2 1/2 years, and the pursuit of new efficiencies has become deeply ingrained in our operations.

Our current position is radically changed from a short time ago.  In our 2011 Five Year Plan, I said, “Two year backlogs?  Not in the cards.  It’s different now. ”

But here we are, as 2013 winds down, with just that – a two-year backlog!!  We are uniquely well prepared to tackle new and greater challenges.  Exciting new business and service opportunities are looming on the horizon.

So, in new and fundamental ways, we have our 2011 priorities covered.  That doesn’t mean we’re done with them – not by a long-shot – but that the process is in full motion.  We have more to do in our quest to become a Great Design/Build company.  The vision speaks to this but the path remains an uphill climb.

As we work toward this worthy goal we are also turning our attention to the capacity building that must happen to enable us to make a smooth and dynamic transition to Generation Two.  Next year will be our 40th in business.

We are now preparing the next generation to take the reins for our next 40 years.  We have named it The SMCo Next 40 Transition Plan – Next 40, for short.

In closing, a story.

In the movie Little Big Man, the Native American grandfather, played by Chief Dan George, determines one day that it is a good day to die. He makes his arrangements, calls for his buffalo robes, goes out onto the prairie, lies down, and waits. Time passes; it begins to rain. His grandson mournfully comes to check on him and discovers that Grandfather is still alive! How can this be? George rises with great dignity, gathers his belongings, and says, “Sometimes the magic happens, sometimes it doesn’t.”

The Chief is clear that his responsibility is to make a space for the magic, then to be ready for and accepting of the outcome, whatever it may turn out to be.

Our tendency is to think that what we do is complicated.  But it’s really quite simple.  Our people, our potential, and our resources are aligned and deployed for one purpose: to make room for the magic, in whatever form it comes, from wherever it comes, and whatever its meaning.

Our Five Year Plan helps to position us to reach our goals, to assess new challenges, to embark on new journeys – and to make way for the magic.

Onward to the New Year and beyond.  I hope it is a particularly good year for each and every one of you.