Spring has sprung.  It’s a good time for good news. 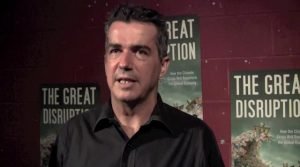 book The Great Disruption was published in 2011 it had a profound impact on me.  In September of that year I wrote that it was, for me, the most accessible and full-bodied treatment to date of the effects of climate change on our planet, our economies, our lives.

Still is – although Gus Speth’s superb new book America the Possible is a knock-out that in many ways expands the vision further.

Gilding has a blog called “The Cockatoo Chronicles.”  It has been inactive for some months, but recently he made up for lost time when he posted a 2500 word essay that argues for a new reality:  the economy is now aligned with the environment and there is evidence that we can – and will – win the climate change battle.

That’s a big thing to say.

I read the essay and I felt like he hit the nail squarely on the head.  But I also felt that it rambled, that it was repetitive, and that there was a bit of unnecessary hyperbole.  All of this I attributed to his excitement at the recognition of new possibilities.

I thought it would be worthwhile to condense his 2550 words to a compelling 1000 word case by selectively quoting from the essay.  I was a bit concerned that he would be offended by this, so I sent it to him before posting.  He wrote back:  “All good, John.  It was too long.”  So here’s my condensed version:

“There are signs that the climate movement could be on the verge of a remarkable and surprising victory [and perhaps] the fastest and most dramatic economic transformation in history. This would include the removal of the oil, coal and gas industries from the economy in just a few decades and their replacement with new industries.

To understand this incredible potential we have to understand the unique structure of this social change movement – an idea whose tentacles reach into every tier of government, the world’s largest companies and financial institutions, and throughout the academic and science communities.

It has the support, to various degrees, of virtually all governments, many of the world’s most powerful political leaders (including the heads of state of the USA, China and other leading economies), the CEOs of many global companies, and many of the world’s wealthiest people.  This [combines with] one of the most global, best funded, broadly based and bottom up community campaigns we have ever seen.

We are in the midst of two simultaneous tipping points that create the opportunity to [eliminate] net CO2 emissions from the economy and secure a stable climate (but still a changed one).

The first is the rapid acceleration in climate impacts.

A series of increasingly dire warnings from conservative bodies like the International Energy Agency, the World Bank and the International Monetary Fund [confirm this].   The IEA, historically an advocate-in-chief for the fossil fuel industry [pointed] out that a stable climate and economy requires the majority of the global reserves of fossil fuels to never be burnt.

It is an extraordinary turn-around when key mainstream economic institutions lay out the case for dismantling what is arguably the world’s most powerful business sector.

Of particular note: a predominantly ecological question [has become] primarily an economic one. This is a profoundly important shift.  When non-fossil fuel companies understand the broad economic risk posed by the lack of climate action, they will become genuine and strong advocates demanding climate action – in their own self-interest.

The second tipping point in 2012 was the clear evidence that a disruptive economic shift is already underway in the global energy market, [indicated] by the [widely] noted acceleration in the size of the renewable energy market with dramatic price reductions and the arrival of  cost competitive solar and wind. It is hard to overstate the significance of this as it changes the game completely.

– The science shows we are not just failing to slow down climate change, but are in fact accelerating towards the cliff.

– In response, mainstream organizations are arguing that the only way the world can avoid the risk of breakdown is to transform the economy urgently and dramatically.

– Our capacity to do so is real and practical, with the technologies required already being deployed at large scale and at competitive cost. The size of the business opportunity now on offer is truly breathtaking.

-If  the future is based in renewables and these are price competitive without subsidy, or soon will be, the transformation could sweep the economy relatively suddenly, even without further government leadership.

– This [creates] an enormous and systemic financial risk: investments in, or debt exposure to, the multi-trillion dollar fossil fuel industry.

– This risk is being increased by activist campaigns against fossil fuel projects and arguing for fossil fuel divestment.

– Investors and lenders will reduce their exposure to fossil fuels and hedge their risk by shifting their money to high growth renewables.

– This will then reinforce and manifest the very trend they are hedging against.

Is that it? Can we now sit back and expect the market deal with this?

Most definitely not.  It is probably true that the market would sort this out by itself if we had 60 years for it to do so. But we don’t. The science is clear that we have less than 20  – and this is where the opportunity for the climate movement emerges and why the choice of focus and strategy is now is so important. 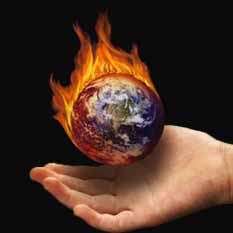 The task at hand for policy makers, business, investors, and the activist community is to slow down fossil fuels, speed up clean energy, and make the 60 year process of preventing the climate from warming more than 2 degrees centigrade (a point past where the system could spin out of control) into a 20 year [process].

While we can be comfortable that this process will deliver the required outcome, it’s not going to be smooth or pleasant. It will be messy, highly controversial and huge amounts of value and employment [will be] destroyed and created as the economy restructures around the necessary reality of a post-fossil fuel economy.  I’m neither relaxed about this nor naïve about the scale of the challenge.  I just accept that it’s now inevitable.

Of course, the losers will fight all the way to the end, using every argument, maneuver and delay they can think of. Most of us would do likewise faced with similar circumstances. But they will still lose.

So with some surprise, this is where we find ourselves. For the first time, we can envisage victory in the fight on climate change. The science is clear, the technology is ready, significant sections of the elite are on [board] and the financial momentum is with us.

And this time, the economics is playing on the same side as the environment. Just in time.

Mainstream organizations are arguing that the only way the world can avoid the risk of breakdown is to transform the economy urgently and dramatically.

Investment in the fossil fuel industry will become a bad risk.  That could be a tipping point of titanic proportions.

Investors and lenders will reduce their exposure to fossil fuels and hedge their risk by shifting their money to high growth renewables.

The fossil-fuel divestment campaign that was started by the grassroots organization 350.org began with colleges.  Now, according to an article last week in Grist it is spreading.  San Francisco, Seattle, and 10 other cities are considering selling off all their fossil fuel holdings.

This is big news for climate change.   The Obama administration is quiet, but the citizens’ movement is truly finding its voice.

Some say that predicting victory may breed complacency.  I don’t worry about that.  Hopelessness stymies.  We need robust notions of how success might be achieved.  Gilding’s assessment gives me hope.