His wife, Margie (Margaret Marshall) is the former chief justice of the Massachusetts supreme court who wrote the decision that legalized gay marriage in Massachusetts.

Although we were influenced by Tony’s work and proud of his accomplishments, we loved him for who he was and Margie for who she is.

We heard about his death at the end of our semi- monthly Owners’ meeting.  Stories and memories instantly poured out.

Tony would stop by our shop from time to time to drop off a towel bar or a chair to be fixed.  He loved to be in the shop and was always interested in the goings-on there.

During the last days of January 2000, South Mountain Company’s 25 employees, along with several friends and planning experts; spent two days thinking about the future of the Vineyard.  Our goals were to sketch the outline of a future we would like to see on the Vineyard, and to decide what commitments we, as a company, are willing to make to achieve such a future.  We invited a few outsiders to broaden the perspective – the historian David McCullough, conservation biologist Tom Chase, and a few others.  And we invited Tony, too, whose eloquent remarks about the island he loved echoed long after the sessions were over.

We remembered him from just last August, 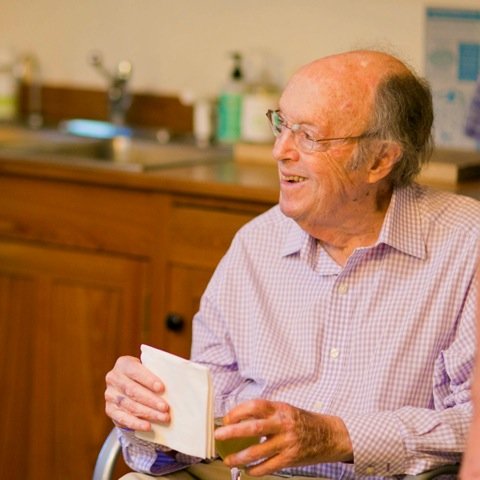 when we had a party for our past and current clients to celebrate our 25 years as an employee owned company.  Tony had to be there, and enjoyed himself, even though he was ill and obviously didn’t have the energy he wished he had.

Before we knew him, he and his family spent summers in a little camp on Deep Bottom with no running water, electricity or phone.  He would call in his columns to the Times from a pay phone at Alley’s Store, or use the phone at a friend’s house.

In 1993 he and Margie asked us to design and build a house for them not far from the camp.  It was more refined, but he wanted his upstairs office over the screened porch, to be reminiscent of the camp, with exposed rough-sawn whitewashed framing and sheathing.

I remembered those beautiful letters on New York Times stationary, typed on his manual Royal (I think) typewriter, that would come periodically.  In December 1993, during the design of the house, one of them said: “We greatly enjoyed Sunday’s meeting – – as always.  After the house is finished, could we please go on meeting every few Sundays?” 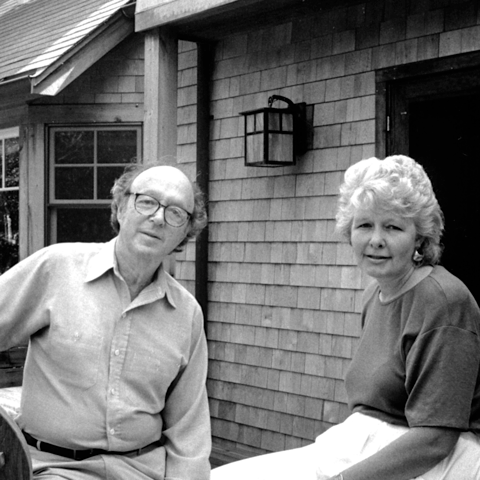 And in August 1994, after a few South Mountain people had been in and out of the house one day when it was nearly done he wrote,  “At some point I said to Margie, ‘Isn’t it amazing how happy everyone is who works at South Mountain is?’  I went on to say that for you and everyone else, work there seems to be the opposite of the grudging necessity it is for so many people.  I am in danger of sounding pompous, so I’ll stop.  I just want to tell you what many others must have told you over the years:  You have created a remarkable enterprise.  Or better, the word should be life.  You make beautiful houses and things for us, and all involved have a chance to be craftsmen in the true sense.”

I responded, “Thanks so much for your kind note.  I feel as you do but you give me far too much credit.  This is a wonderful group of people.  They care about what they do.  I make the promises but they’re the ones who keep them.”

We are not all that he says, but I can say for certain that he got -precisely – who we aspire to be. 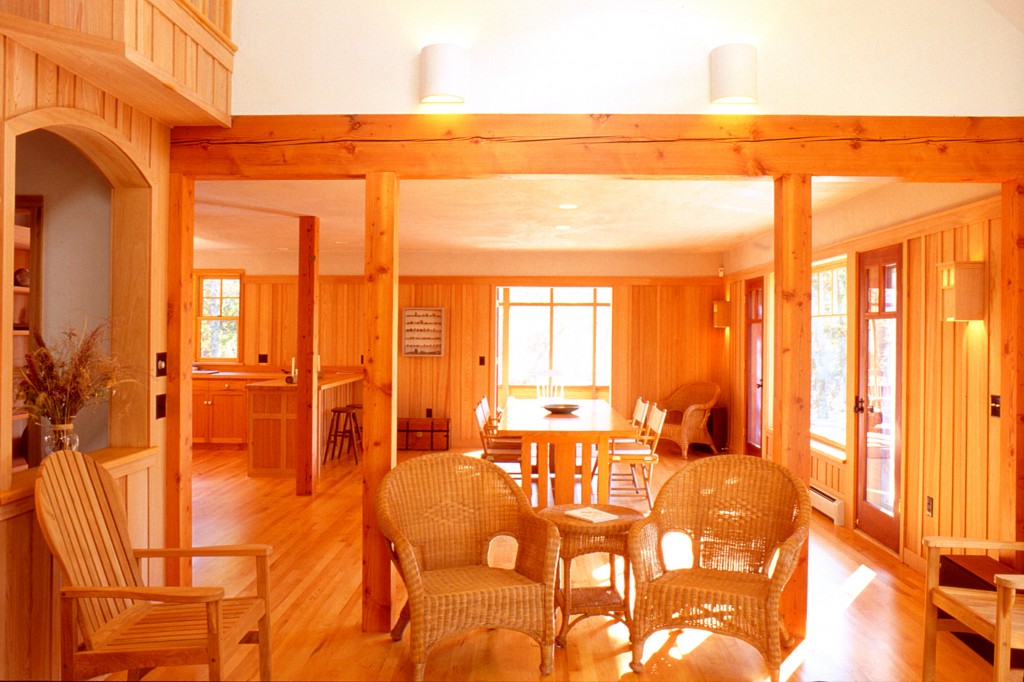 They loved that house, and came as often as possible.  Tony loved to putter around, work in the garden, and collect driftwood.  We built their outdoor shower from some of Tony’s driftwood collection.  When Margie’s work as Chief Justice made it impossible for her to come as much as in the past, Tony didn’t stop.

Tony himself was a craftsman in the true sense, in every way.  My colleague and co-owner Derrill Bazzy was one of the carpenters when we built their house in 1994.  In 2001, when we did an addition to that house, Derrill had become one of our designers and was responsible for the design of that addition.  He was very close to Tony and Margie and speaks about it eloquently:

“The first time I met Tony was as a carpenter building his house.  Later I was lucky enough to design the bedroom addition on that same house.  During those times I had countless opportunities to talk with Tony, and the topic usually turned to the US and the World.  Before working for South Mountain, I had spent the 1980’s as a free-lance photojournalist in Central America.  It was a time of great learning, but these talks with Tony were stunning expansions of what I had learned.  His wisdom and political clarity helped me understand the unfortunate events of those times in the context of history, politics, and the future.

We also had many conversations about the house we were building (or the addition we were designing) – how the pieces fit together, why certain woods were chosen, and how things would age over time.  He was genuinely curious about the craftsmanship, and it became clear to me that this was how he viewed both “home” and “abroad”.  Tony was a craftsman of words and concepts, events and possibilities, progressive values and legal fairness.  We were craftsmen of wood and structure, durability and function, humane design and code compliance.  Tony was, without a doubt, a master craftsman.    He is one of the men I admire most in my life, not only for who he was, but because he was married to one of the women I admire most in my life!  Tony and Margie were affecting history at a national and even global scale, but they set aside whatever “important” matters they were engaged in to be truly present in the life of whomever they were with – the carpenter at their house, and even the life of that carpenter’s son.   “Nos hace falta Antonio”.  (We miss you Tony).”

What else can I say after that?  Not much, except that we loved him, we love Margie, and our hearts are with her as she celebrates his life and mourns his passing.  He was a master craftsman for our times.