In September Rob Meyers, who manages our energy department, went to the Solar Energy Industries Association Solar Power International Conference in Orlando, FL.  Says Rob, “I’ve been to other regional conferences for solar and energy efficiency, but I’ve never been to one of this scale – 20,000 attendees from around the globe.  Truly a homecoming for the solar nation – can’t wait for the next time.”

Rob continues, “Among the many highlights was Bill Clinton’s keynote address during which he threw down the gauntlet to all of us. He told us in no uncertain terms that we have not done enough to get the real story of solar to the general population.  After recalling the success of the US PV industry – 100,000 new jobs, lower prices, higher efficiency and a growth rate of 8% during a recession – he said ‘The problem is that most Americans who are not in this hall at SPI don’t know that.  You can be proud of yourself and get the positive facts out there.’  Some of those facts:

He pointed out that Solyndra, the company whose failure has been a rallying cry for Republicans, was less than one percent of the DOE guaranteed loan program.  ‘We’ve been giving oil subsidies since 1916, sometimes they dig a dry well, but we persevere.  You’ve got to take chances if you’re going to tomorrow’s dance. We need government investment for new technologies to develop as we move into the next economy. We’re not going to get everything right the first time, that’s not how life works.  But we can’t stop trying because of one failure out of 5,600.”

For a number of important reasons, we do almost all of our solar jobs using SunPower equipment.  An important part of Rob’s attendance at the conference was to see if we can find a low cost alternative (for a few situations where we absolutely must go for lowest cost) produced by a company with whom we share some values and which has an absolute commitment to quality.

Rob was impressed by one, a Chinese company called ReneSola. He spoke to ReneSola representatives at length.  After his return they contacted him and offered an all expenses paid trip to Shanghai for Rob and two colleagues.

Although it’s easy to jump on the bandwagon and say that we are not interested in doing business with Chinese companies, there are few solar product choices these days that don’t have some connection to Chinese manufacturing.  Not wanting to preclude any future product options based on adherence to principles that may be too limiting, Rob, Ryan Bushey, and Mike Drezner accepted the offer.  I wanted to go too,  but couldn’t clear the decks enough to make the trip. 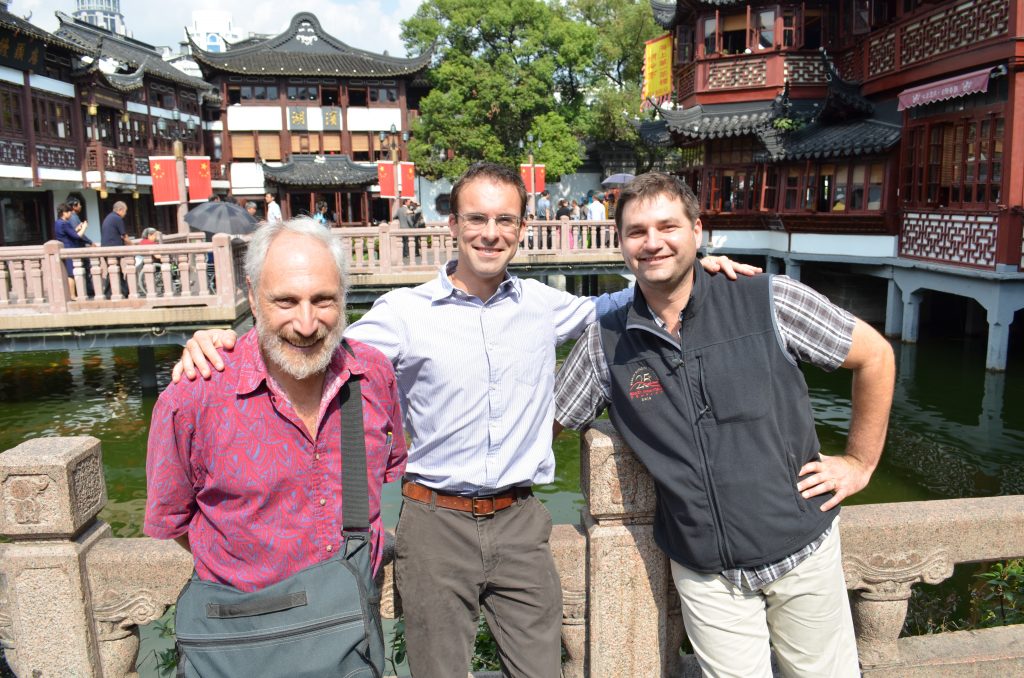 They left for Shanghai on a Sunday and returned seven days later after a whirlwind.  They were grateful to have the opportunity to witness the solar manufacturing process first hand and appreciative of the graciousness of their hosts.  But they were only marginally impressed by the ReneSola product.  As a producer and supplier of wafers and cells – base components used in the manufacturing of the panels – they may have an edge over other Chinese companies that buy these components, but the panels are still 33% less efficient than the SunPower equipment we prefer to install. 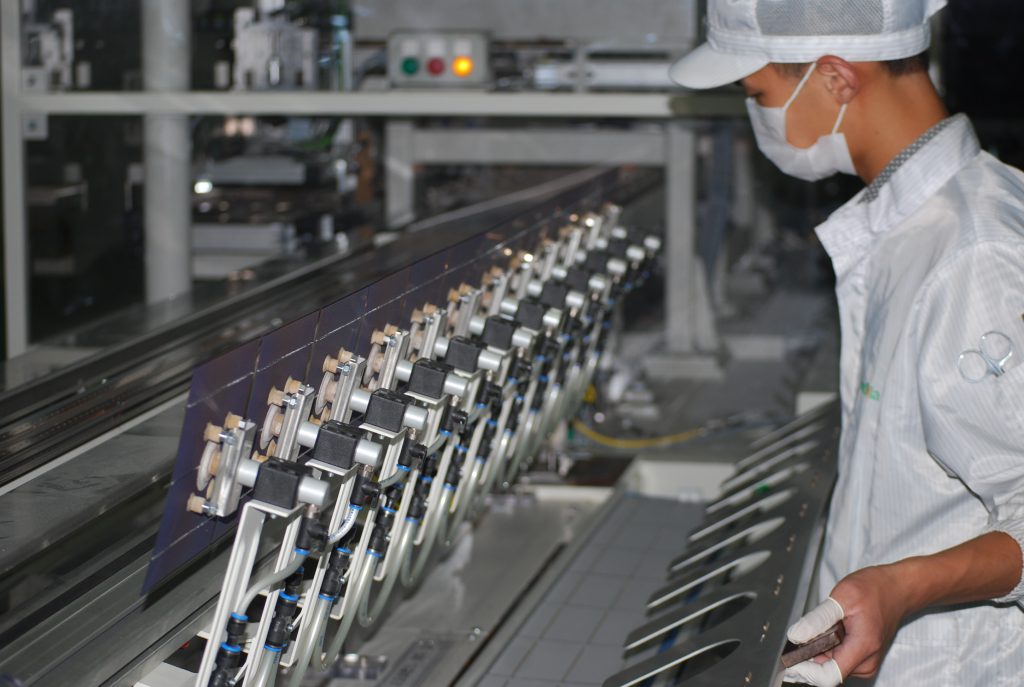 A week after their return Rob and the others did a slide show for SMCo employees.  Clearly they were deeply affected by the combined genius and madness of modern day China.

They were wowed by the pace of construction and development, of course.  The billboards with advertisements for the Evergrowing Bank (that’s China!), injection molding equipment, and other manufacturing hardware demonstrated that business to business marketing is paramount.  The slogan “billions and billions served” has a very different meaning in China.

But most of their pictures, when you got right down to it, were of food.   And food adventures.  They liked the street food in back alleys the best.  Rob, as many of you know, is gregarious, to say the least.  Before too long he was standing behind a pushcart with an old Chinese guy making won tons. 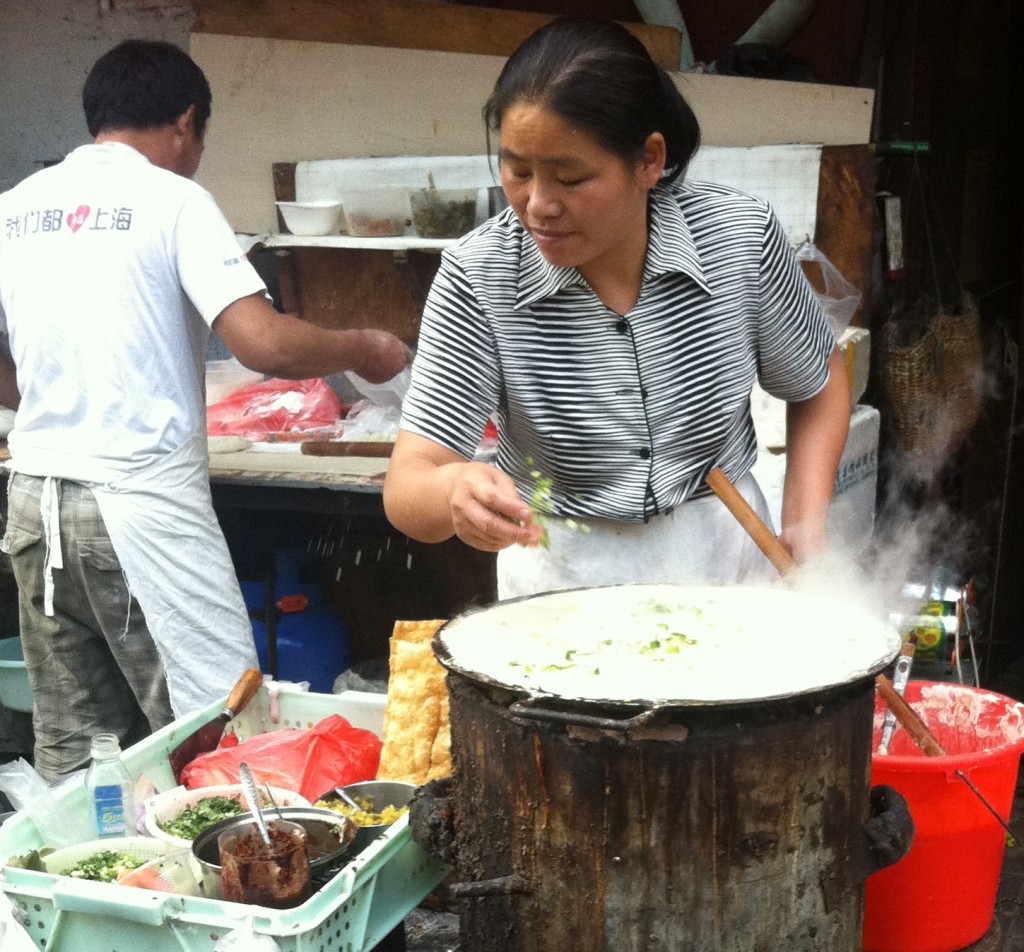 It was a worthwhile trip.  We have a better understanding of the solar manufacturing process, and a better basis for comparison, but the most useful thing to come from the trip may be the development of Rob’s won ton skills. There may be a South Mountain dim sum restaurant in our future!

They came back weary and worn out.  Here’s the fearless leader himself barely able to nurse a Tsingtao. 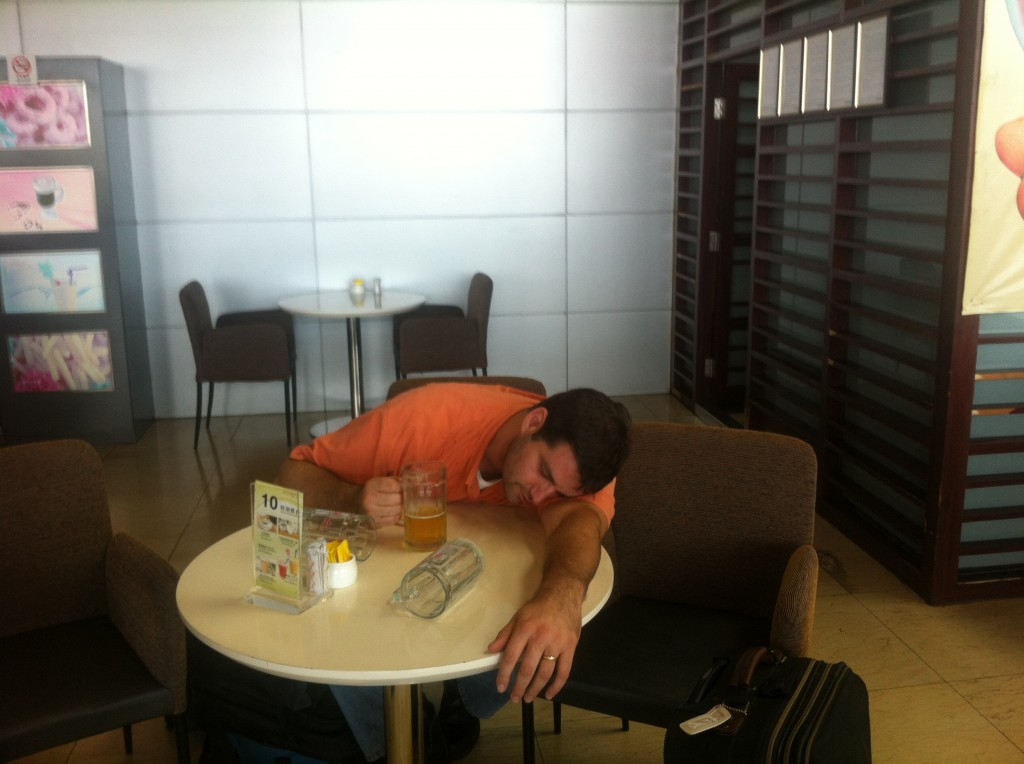 But by the time they got back to work they were smiling again.  And feisty as ever, but perhaps sobered by the implications of the current path of the Asian giant – for all of us.