Tuesday was the first day of work for Greg Milne, a new architect at SMCo.  His hiring was the conclusion of a long search.  But not only is Greg the person who emerged from that search – it turns out he’s also a good luck charm.

Recently a large project we had been planning was postponed.  Then, more recently, another project – one we were just about to begin building – was cancelled because our clients decided they were going to look for another house rather than invest in renovating the one they own.  Meanwhile, we’re interviewing candidates right and left, and people here are beginning to say, “Are we really going to hire a new designer when projects are dropping like leaves from trees ion the fall?”

“Yes,” I would say, “the time is right.  We will replace those projects.”  It’s not that I’m prescient or over-confident, and I was a bit spooked by the cancellations, but this has been an extraordinarily active period with so many projects percolating (along with quite a few already contracted) that it was certain to me that sufficient work would develop.  In fact I can’t remember such a diverse array of possibilities:  new houses, solar projects small and large, deep energy retrofits, renovations, affordable housing, on-island and off  – the whole array.

One Friday morning we concluded our negotiations with Greg, shook hands, and I went off with Deirdre to spend the afternoon with some prospective clients who we had been talking to for awhile.  At the end of the day I said, “Okay, I hope you’ll make your decision tonight and commit to this project tomorrow.  Is that fair to ask?”

The next morning they came in at 9 A.M. and said, “We’re ready to sign a contract.”

Later that day it was confirmed that a new affordable housing project that we hoped to do with the Island Housing Trust is a go.  And the next day, Sunday, I got an e-mail from another prospective client we had been talking to – ready to go!

The upshot:  Greg gets hired and within 48 hours three major new projects are in the door – signed, sealed, and delivered.  Our new good luck charm, indeed.

So who is this guy?  Greg is a talented and experienced designer who is currently in the process of taking his architectural registration exams.  After growing up in Vermont and studying Architectural History at the University of New Hampshire, he received his Master of Architecture degree from Boston Architectural College and has worked in firms in various parts of New England specializing in residential design.  When he and Matt Coffey complete their licensing we will have four licensed architects and one licensed engineer on staff.  As always, these days, when we hire someone like Greg we not only expect that he will be a productive contributor but we hope that he will be a future owner and an important part of the Next Generation of SMCo.

Before Greg started he had thoroughly read our Operating Policies and Benefits but inquired by e-mail about customs of our workplace.  Design co-manager Ryan Bushey wrote back to him about a number of unwritten rules for him to be aware of.  Among them:  Everyone is expected to wear a 3-piece suit on their first day.

Greg sent back a photo of the suit he was planning to wear. 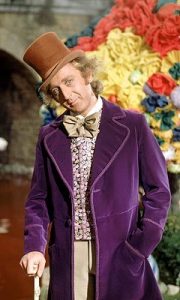 Ryan also told Greg that if he can’t model St. Peter’s Cathedral in ArchiCad on a Commodore 64 while blindfolded in under four hours, there will be hell to pay.

Within hours of his arrival here Greg was measuring a building and sketching plans for a deep energy retrofit and addition project.  Within days the program for the project had expanded.  Back to the drawing board.  He’s still there, and we’re thrilled that he has decided to join us, excited about his potential, and confident that this is a great fit (assuming he can hang in here with a buncha lunatics like us!!).