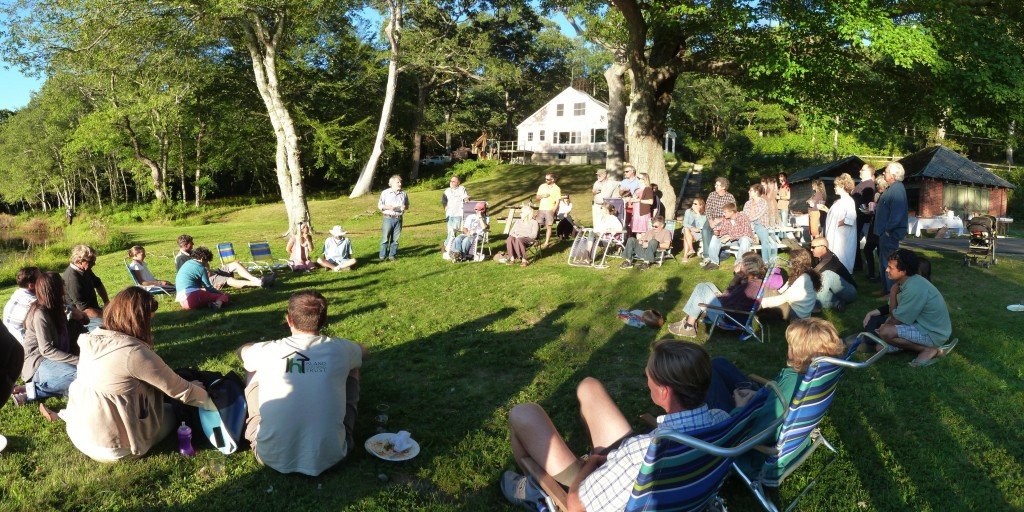 Last week we had our first official retirement party.  Mike Drezner became the first SMCo employee to reach retirement age (and actually retire!). He came to work as a carpenter in 1985 and stayed for 27 years.

I can tell you one thing: when he first came he sure wasn’t a carpenter.  He wasn’t even very handy (if you know what I mean) and he wasn’t young to be just starting out – pushing 40.  He had been a teacher – a damn good one I’ll bet – and had traveled a lot.  But carpentry? None.

So why did we hire him?

I don’t know.  Just a feeling.  He asked, or maybe his wife Liz did, I can’t really remember.  I do remember that I was still on the fence about being in business, and I hadn’t really learned much about saying no.  So I said yes.  It was about who he was not what he was.

He didn’t exactly take to carpentry, not right away anyways.  What size nails did you say for this decking? he would ask, over and over.  8 penny nails Mike, same as last week.  He was dogged and determined, but it came slowly.  He made up for it in so many ways they’re hard to count.

He was as reliable as the tide.  He cared about people.  He was steady.  He was a great member of every crew he worked on.  He was a calming influence for all.  He was a student of the world, and how it works.  Still is.  And he became an excellent carpenter, but so much more as well.

He was an important part of our Personnel Committee.  Later, he was a charter member of our Management Committee.  A closet stock market maven, he stepped up and shouldered the stewardship of our pension fund and our equity fund.  This was huge.

Both funds have prospered under his steady hand.  They dipped in 2008 (like everything else in our madhouse economy) but came back strong (like us).  There is now over $3.5 Million in the two funds, and we are beginning to look at ways to gradually shift from socially responsible investing to socially responsible local investing.

At the party we gave him a beautiful bowl turned by shopper Ken. 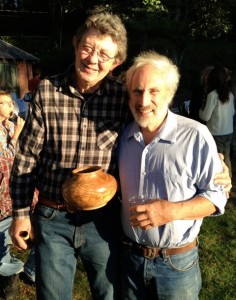 And Deirdre  produced a beautiful book signed by each of us called The Drezner Years, with photos of people he worked with, projects he worked on, and a brief tribute.

And he doesn’t know it yet but the ratty old nail apron he wore for years is off getting bronzed at this very moment. 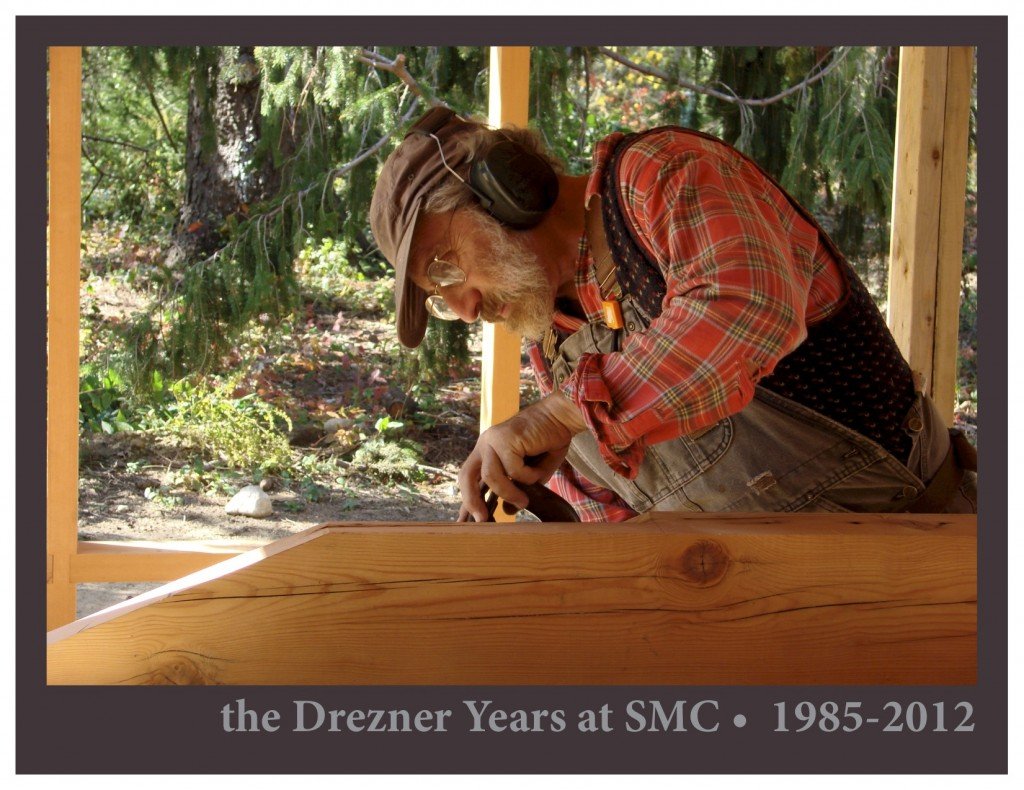 Mike could not have been a better co-owner.  As much as anyone he embraced the concept that we are a group of individuals, all of whom matter, but we are also another entity, The Company, which matters even more.   He gets the true meaning of workplace democracy, through and through.

For me, his counsel was invaluable.  We often disagreed, and still do, but the disagreements are most remarkable and noticeable because we share so many points of view and have so much in common.  I always come away from the resolution of our disagreements wiser than before.  You can’t always say that about people you disagree with, right?

I treasure the work that we did together and I will always honor his influence and value his friendship.

I hope his retirement is just what he wishes it to be and I’m thrilled that he will stay on the SMCo board to continue the work we began so long ago.  He will also continue to manage our two funds as he gradually passes that baton to Ryan Bushey (an architect managing a money fund?  Uh oh).

Mike’s retirement is also a reminder that the gradual transition to SMCo’s second generation that we refer to so often isn’t just talk – it’s what’s happening,  here and now.  It’s like climate change – not an abstract thing that’s going to happen in some distant future but a set of changes we are living with right now.  I like thinking about SMCo’s next generation more than I like thinking about climate change, but the point is that both are becoming more and more a part of our present.

As for Mike, he’s irreplaceable, and he will not be replaced, because he’ll be staying with us in so many ways.