The thing that intrigues me most, right now, is my semi-pathetic asparagus bed.  I’ve been wanting to plant asparagus for years, but until this spring I didn’t manage to get around to it.  I love the idea of a vegetable that you plant once and harvest for decades.  Are there others?  Well. . . sort of.  Rhubarb, but is that a vegetable or a fruit or just something else entirely?  Horseradish, but who eats much of that?  There may be others, but asparagus is the main one.  When I finally got  around to it, most of the crowns made plants, but it’s still a work in progress.

A few weeks ago I was wondering – at the same time that I was watching my colleagues, Phil and Jon, cover the roof of our house with solar electric panels – why I’m so psyched about the asparagus bed. 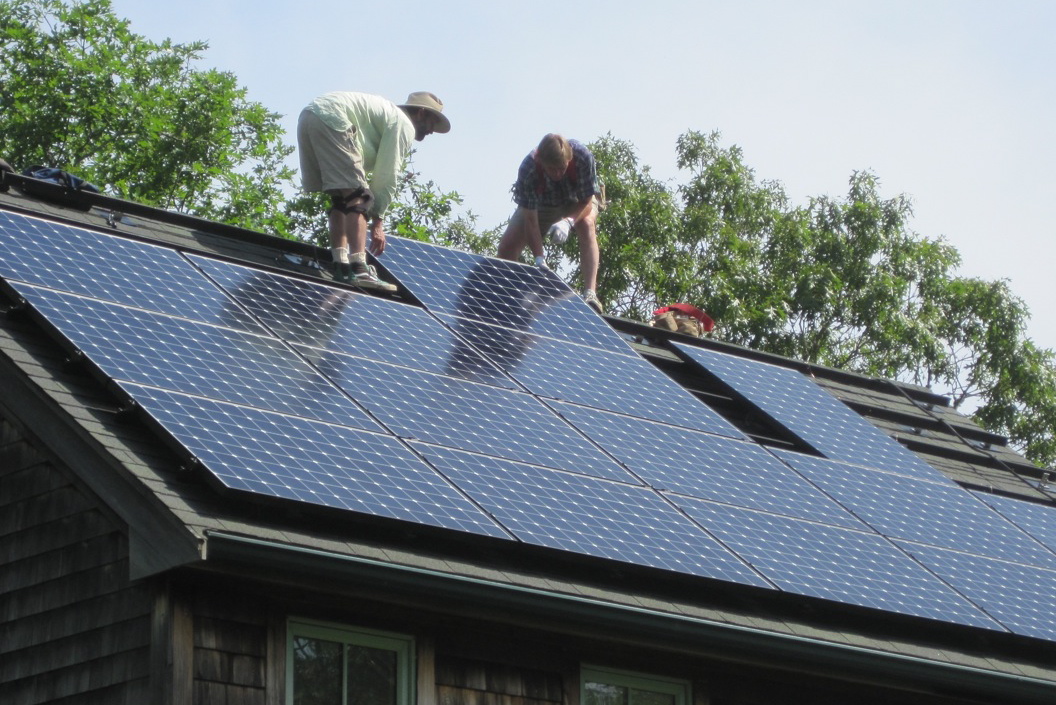 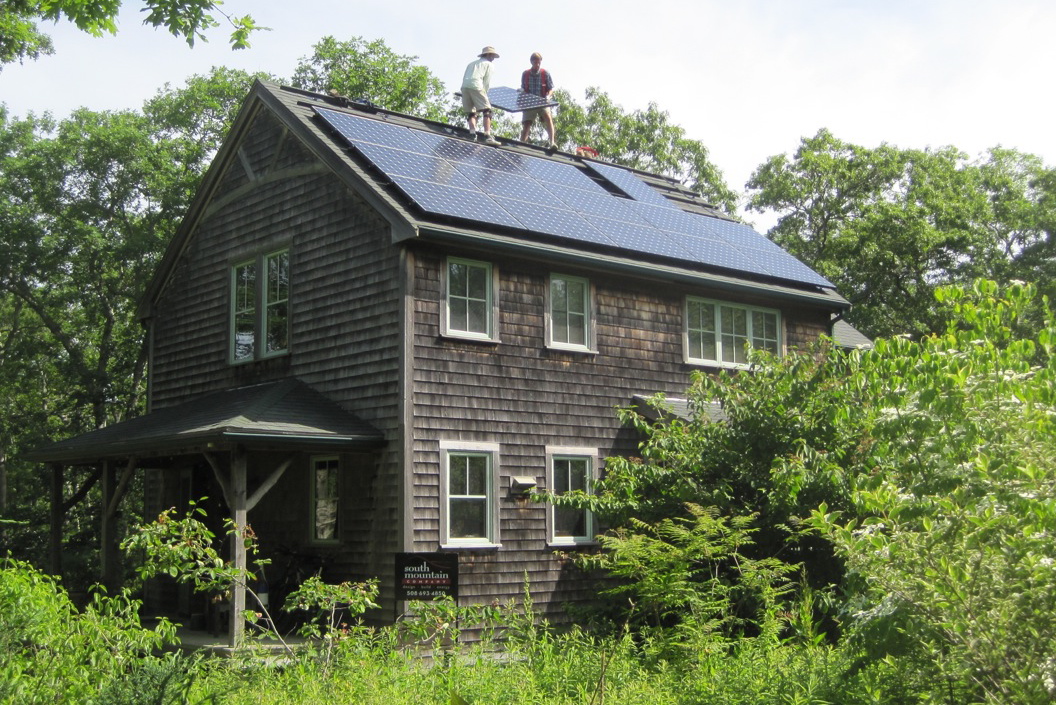 I’m finding, having now installed both,  that each is proving to be engaging.  Every morning I record the solar production from the day before, and every evening I water the asparagus and mentally record the day’s growth.

Now that Chris and I have switched our heating and domestic water heating from oil to electric (air-source heat pumps for heating, resistance heating for water), our solar system will provide a large fraction of our total energy use.  Next year at this time we’ll know what fraction.  We still have many energy efficiency improvements we could do if we want to get to 100%, but that may take more doing than I have in me (see my friend and SMCo colleague Marc Rosenbaum’s blog Thriving on Low Carbon for detailed information from someone who is doing just that – with incredible thoroughness – for a similar house in the same neighborhood).

At SMCo we are finding, more and more, that our clients are thinking like Chris and me (a few of them are even thinking like Marc!).   This is gratifying.

In 2007, our 17 owners endorsed our business plan to establish SMCo Energy.  The idea was to bring energy efficiency and renewable energy to residential, commercial, and institutional customers on Martha’s Vineyard.  We had been trading in solar and energy efficiency for 30 years, but this was the first time we actively marketed these services outside our own projects.  We invested heavily in new learning and the development of this new endeavor.

In every way, SMCo Energy has surpassed our expectations during the last four years, and in every way the rest of our business – during those four years – turned out to be as different from our expectations as asparagus are different from solar panels (the only similarity being that both keep on producing, like our business has – with some bumps and bruises along the way).

The Crash of 2008 changed us in many ways.  The story of the three years since is one of retrenchment, surprising insights, adjustment, and change.  Up and down and up and down (with a steady upward trend).  But SMCo energy just keeps riding a pure upward trajectory.

What if, in 2007, we had said to each other “Look, we’ve got a good thing going here; why risk doing this new thing?”  In terms of serving our values that would have been a shame, and that understanding drove our resolve. In the end we made a values decision that also contained the hope that we could make it profitable.

What we didn’t know then is that if we hadn’t made that decision our business today would be in far worse condition than it is.  In some ways SMCo Energy has carried us through these times, and I’m convinced that solar energy, coupled with the practice of re-working existing buildings made for the fossil fuel era (to bring them into the 21st century), is the essential bridge to our future.

Meanwhile, however, our commitment to constantly expanding the breadth and skill of our architecture and building practices is equally important to us, and the passionate group of next generation younger architects and builders we have assembled stands as testament to that covenant.

But the Crash of 2008 opened our eyes and it was, in my view, only an early indicator of things to come.  As Australian author Paul Gilding, of Cambridge University’s Programme for Sustainability Leadership says, in his new book The Great Disruption, “We are about to witness humanity dealing with its biggest crisis ever, something that will shake it to the core – the end of economic growth.”

He goes on to say:

The earth is full. . . The global economy is now bigger than the planet, and that means that the economy at some point will stop growing.  Whether that was 2008 or is still to come in 2012 or 2015 is of historical interest only.  It is certainly going to come. . .  It will be 2008 on steroids with volatility and a mad scramble for diminishing resources.  We’re going to drive growth up against the wall again and again, and it’s going to hurt.  Then, when we get sick of the pain, we will change.  But not yet.

But why not change before the pain?  Our country has not.  But we can. So we are searching for the next thing, or things, that we need to be working on now so that we can look back four years from now and say, “Whew, it’s damn lucky we did that.”   As chemist and author Linus Pauling once said, “The best way to have a good idea is to have a lot of ideas.”  Like taking pictures, right?

The future of our economy is not a temporary political football, like the federal debt ceiling; it’s a long term issue determined largely by physics and biology.  With that in mind, we are wondering what new business journeys might provide us decades of production, like asparagus and solar panels?   I’m energized for the inquiry and curious to see what will emerge.

I’ll let you know.  But enough of that for now – it’s time to go water the asparagus.