Stanford Ovshinsky, one of the great thinkers of our time, is 88 years old and starting a new business.  “His audacious goal,” according to an article by Laurence Fisher in Strategy + Business Magazine,  “is to drive the unsubsidized cost of solar power below that of coal – to create, in effect, a Moore’s law for energy.”

There’s no reason to doubt he can do it.

In a career that includes more than 400 patents, his pivotal discovery, amorphous material science, led to his invention of the nickel-metal hydride battery used in the Toyota Prius and computer chips that retain their data once the electricity is turned off.  He has spent his life proving naysayers wrong by “overturning conventional scientific wisdom, creating breakthrough technologies, and building things that work.”

He is confident that the transition to a clean-energy economy, once it gets revved up, will occur with the same acceleration that “has driven computers from mainframes to I-pads in a scant four decades.”

We’re seeing a small microcosm of his beliefs playing out here in our community.

Recently Phil Forest and Jon Lange, along with our partners at DASECO electric, completed the largest renewable energy installation on the Martha’s Vineyard – the 85 kilowatt photovoltaic system (consisting of 338 panels on four barn roofs) at Grey Barn, a new dairy farm in Chilmark.  This is the size of approximately 20 typical residential systems. 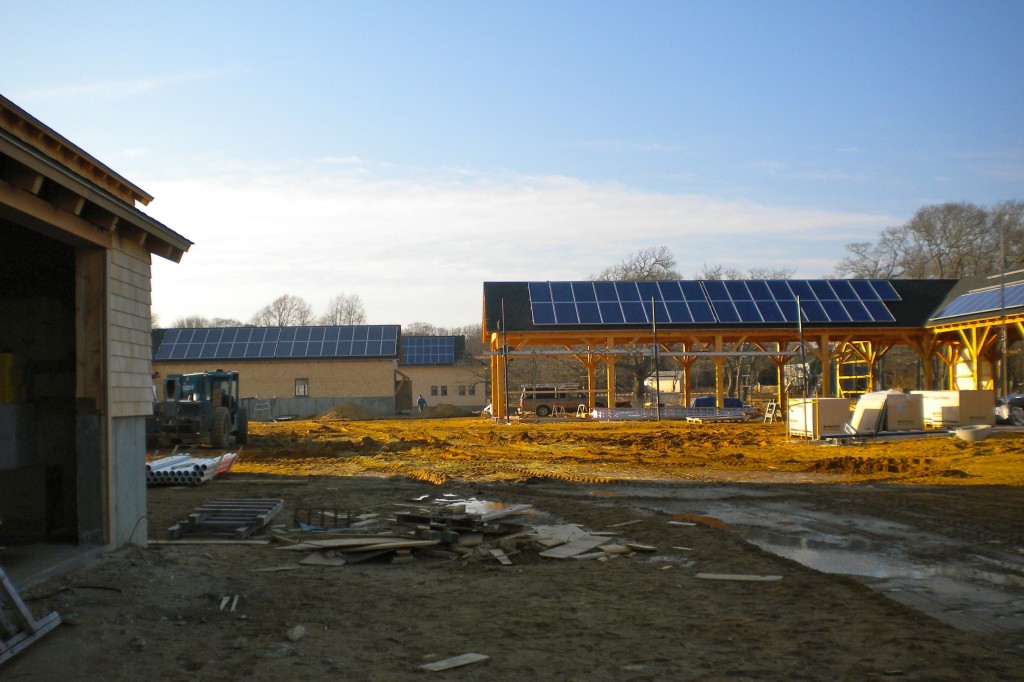 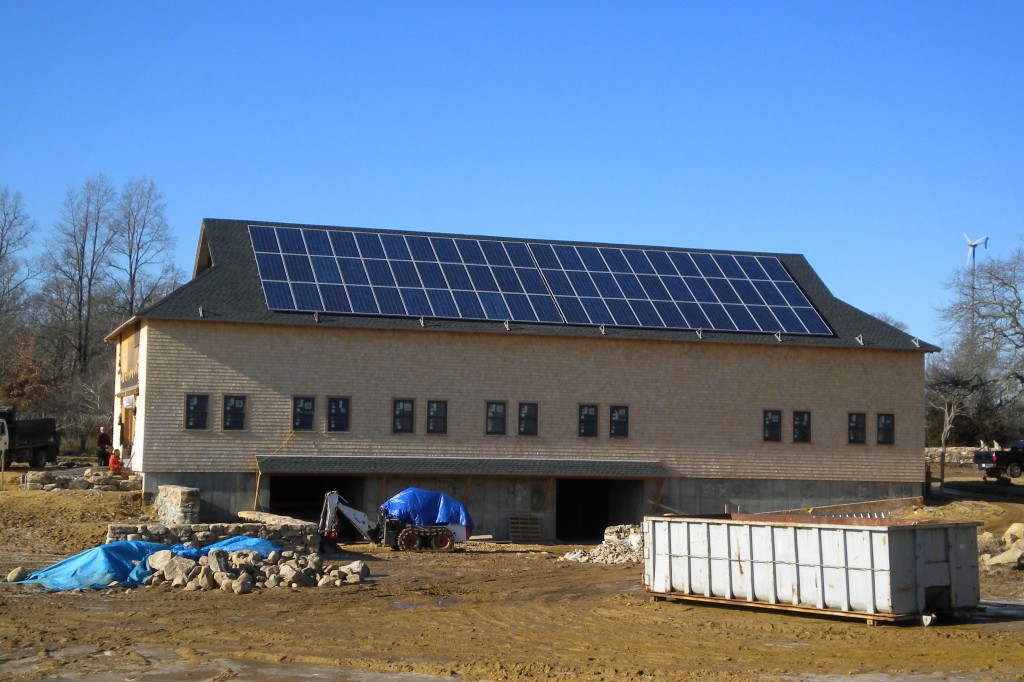 It’s the largest now, but not for long.

Last week we were selected to by Vineyard Power to be their preferred vendor to design and build their PV systems.  Vineyard Power is a two year old citizens’ energy cooperative on Martha’s Vineyard.  It currently has over 1,000 members and hefty ambitions.

For all Vineyard energy ratepayers to join together in a cooperative organization that will ultimately provide a significant fraction of the Vineyard’s energy through the use of community-owned offshore wind and onshore solar electric systems.  The business plan is bold, and if it comes to fruition it will represent the largest (and perhaps most beneficial) development project of the Vineyard’s history.

The first PV system they are planning is a 100KW system, but they plan to do more and more, at a larger and larger scale.  Their selection process was unusually thoughtful.  They created an RFP and sent it to four firms who they felt were qualified  (three from off the island, and us).  Each responded.  They evaluated the submissions on a point system, as follows:

It’s a rare thing to see an organization relegate the bottom line to an appropriate place and it was gratifying to come out on top.  We did well on price, and very well on the other three.

Meanwhile, another co-operative, the Cape and Island Energy Cooperative, organized by the Cape Light Compact to bring renewable energy facilities to municipal facilities, has even larger Vineyard PV projects in the works.  The closest to fruition is a potential one megawatt installation at the Tisbury landfill (that’s 12 times the size of the Gray Barn installation).  Cape Light Compact is an inter-governmental organization consisting of the 21 towns and two counties on Cape Cod and Martha’s Vineyard.  The Compact’s mission is to serve its 200,000 customers through the delivery of proven energy efficiency programs, effective consumer advocacy, competitive electricity supply and green power options.

Large scale PV is taking hold on the Vineyard.

Ten years ago, when Kate Warner and the Vineyard Energy Project (which later morphed into Vineyard Power) were working so hard to get 1 and 2 kilowatt systems installed in visible locations as part of Clinton’s Million Solar Roofs program, did she ever think it would lead to this?

It feels like the MSR was a million years ago [note: it was killed by Bush in 2007].  I keep getting asked why I am no longer doing it, given that I don’t have a job.  I try to explain that I was a trailblazer and now it is a whole new world for solar.  From what you’re saying, it seems what I say is true.  And it is what I hoped would happen for the earth!

It’s what we hoped would happen for the earth, too,  when we started this work 35 years ago.

The real problem of humanity is the following:  We have paleolithic emotions, medieval institutions, and god-like technology.

Long time comin’.  Long way to go.  A new economy to build. Widespread adoption of our maturing solar electric technologies is one step in the right direction.  There has never been a better time.  The convergence of dropping prices and rising incentives makes it likely there never will be, until Ovshinsky (and/or one or more of the many others working on the same problem) achieves his goal of making “a machine capable of producing a gigawatt per year of solar capacity, which is more than the output of a typical nuclear power plant, and more than 30 times the output of the largest current production lines at any photovoltaic manufacturer.”

Harvard biologist E.O. Wilson recently said, “The real problem of humanity is the following:  We have paleolithic emotions, medieval institutions, and god-like technology.”

Stan Ovshinsky wants to make technology even more god-like.  It’s up to the rest of us to work on the other two.

And here’s a part of that:  On an island like this, or for that matter anywhere, where do we put all these great solar systems?  They require huge chunks of real estate.